Rallies in gold and bitcoin continued into Monday's morning trading session, a development underpinned by uncertainty around the global economy and a weakening U.S. dollar.

Bullion soared to record highs above $1,900 per once while bitcoin topped $10,300, its highest level since February. Meanwhile, the benchmark S&P 500 Index has shed more than 1% over the last five days. 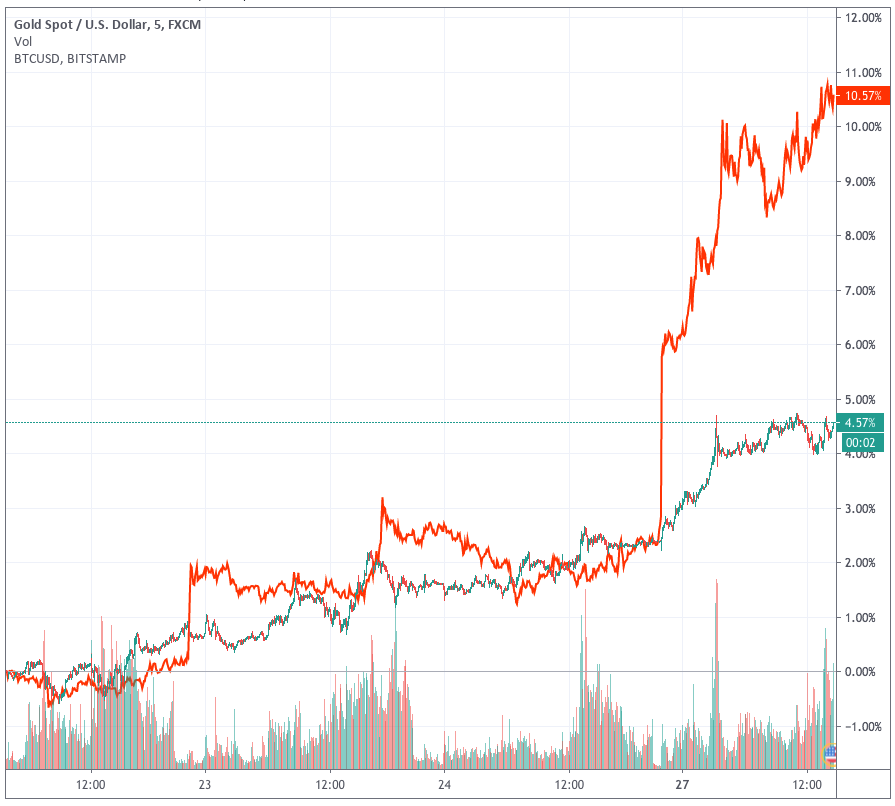 As reported by The Financial Times, this year's gold rally has made it one of the best-performing assets against a backdrop of economic uncertainty tied to COVID-19 and possible inflation stemming from the subsequent fiscal and monetary measures. Meanwhile, the dollar has taken a hit, falling to a nearly two-year low relative to the euro, as reported by CNBC.

In a research note to clients, Goldman Sachs noted that it sees a strong case for "structural dollar weakness."

"Gold stands out as the clearest outperformer, exceeding its already-high beta to real yields. The dollar has also slightly underperformed as many pro-risk and Euro-centric currencies have seen even stronger-than-expected returns," the bank said.

Macquarie Group's Gareth Berry said during an interview with CNBC that the U.S. dollar would continue to weaken heading into the November presidential election.

"We are quite bearish on the U.S. dollar, not massively so ... but we do see scope for broad-based U.S. dollar weakness into the U.S. presidential elections in November," Berry said.

Demand for gold in this environment appears to have spilled over to the stablecoin gold world as well.

"While no one could of course have anticipated the severe challenges that we've all had to adapt to in 2020, it is clear that in times of uncertainty people like having accessibility to gold," Tether CTO Paolo Ardoino said in a statement.