The multi-billion dollar digital asset manager Grayscale reported the largest quarterly inflows in its history, according to its quarterly report published Wednesday.

In the second quarter of 2020, Grayscale raised $905.8 million across its suite of digital asset products, nearly doubling its previous high from the first quarter of 2020 ($503.7 million). As previously reported, Grayscale offers a range of products that provide indirect exposure to digital assets like bitcoin. The second quarter's inflows brought Grayscale's 1H20 total investments to $1.4 billion, per the report.

"Cumulative investment across the Grayscale family of products since inception has reached $2.6 billion. Grayscale Bitcoin Trust and Grayscale Ethereum Trust both experienced record quarterly inflows of $751.1 million and $135.2 million, respectively," the company said in its report. 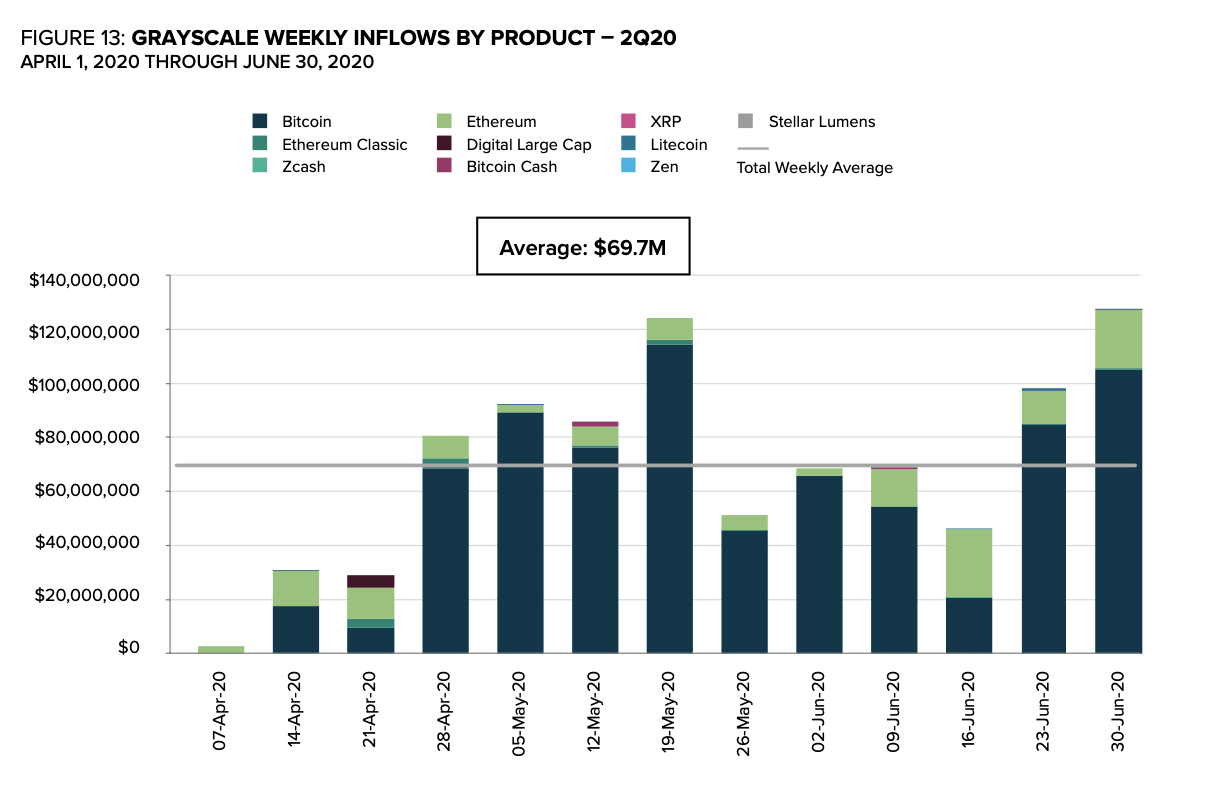 New investors accounted for 14% of the inflows and represented 57% of the investor base. 84% of investments came from institutional investors that were primarily hedge funds. 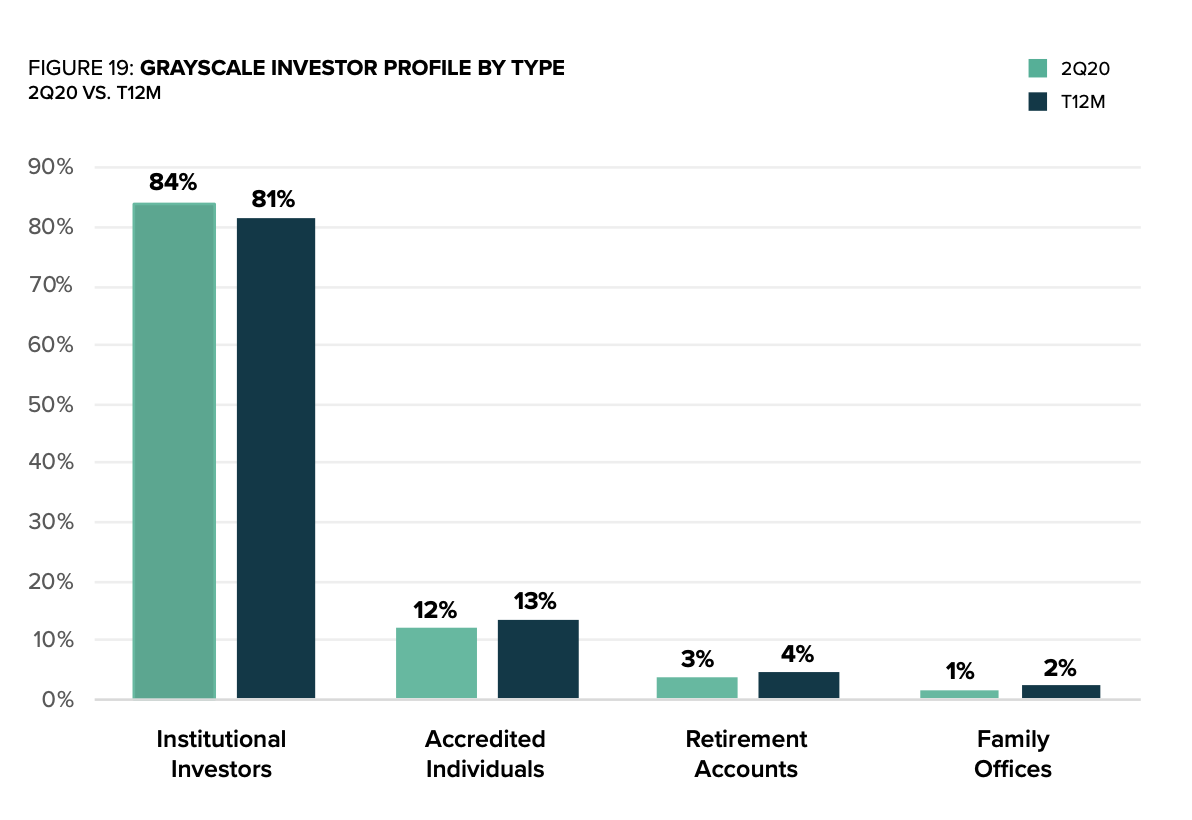 As of June 30, the firm had $4 billion in assets under management, per the report.