The adjusted transaction volume for stablecoins hit a new all-time high in June, according to data collected by The Block. The June's total was $54.9 billion, which is a 13.9% increase over the previous month's $48.2 billion.

The development represents the fourth month in a row that the figure was above $40 billion, beating the previous high seen last month. Once again, that adjusted transaction volume was dominated by Tether. 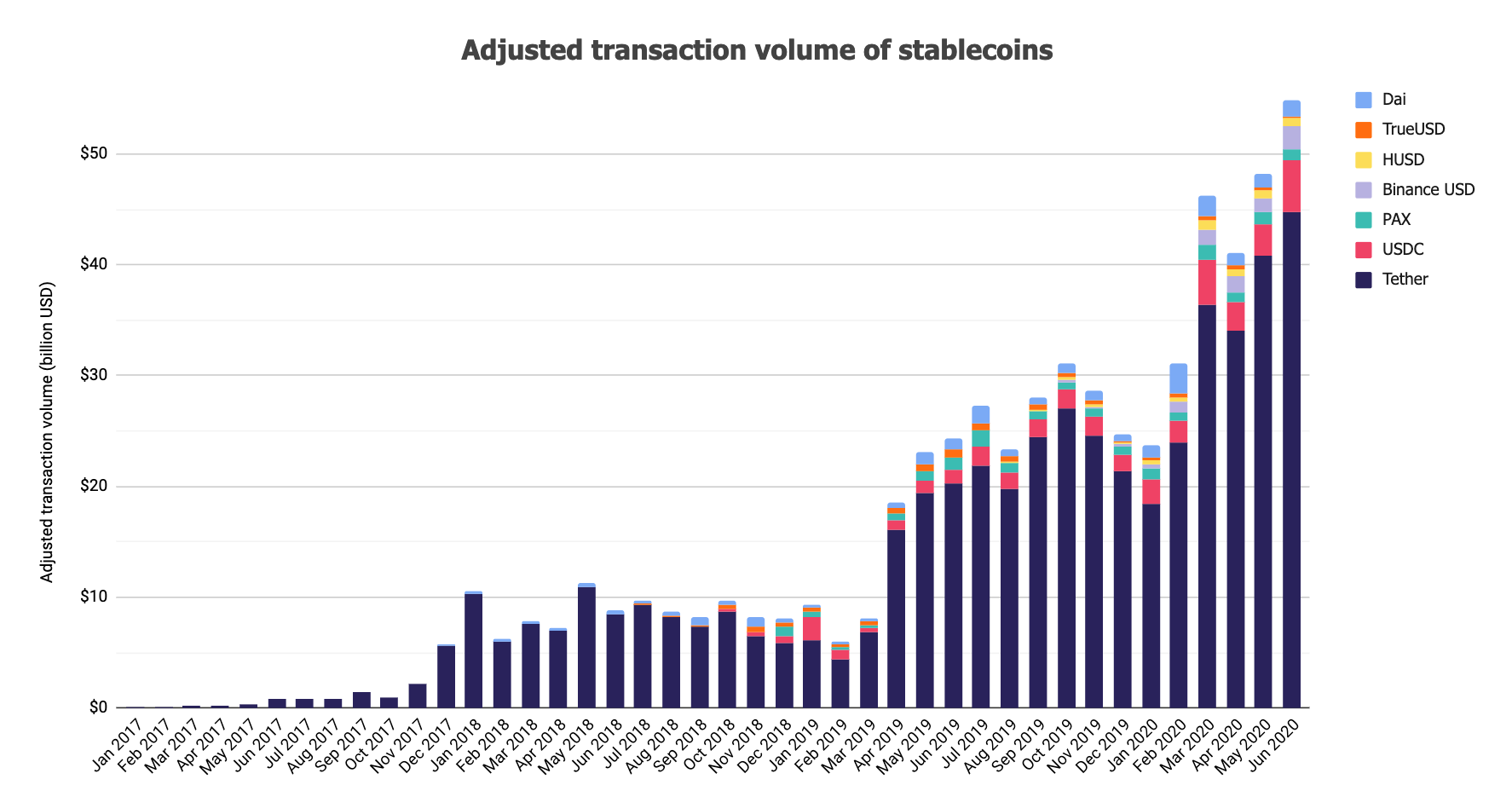 The data continues a pattern seen since the spring when adjusted transaction volumes jumped above the range seen between October and February.

On Thursday, the stablecoin USDC crossed the 1 billion token supply mark, as The Block previously reported.