Bitcoin’s intrinsic value, or the fundamental value, is now in line with its market value, according to JPMorgan strategist Nikolaos Panigirtzoglou.

The gap between the two values “has now effectively closed” after the halving, said Panigirtzoglou in a research note published last week. In January, the strategist said bitcoin's intrinsic value is lower than its market price, meaning bitcoin was overvalued.

Now that both values are in line, it indicates that bitcoin is rightly priced.

The intrinsic value of an asset helps determine if it is overvalued or undervalued. JPMorgan calculates the intrinsic value of bitcoin by treating it as a commodity and by looking at its marginal cost of production, including computational power employed and electricity cost. 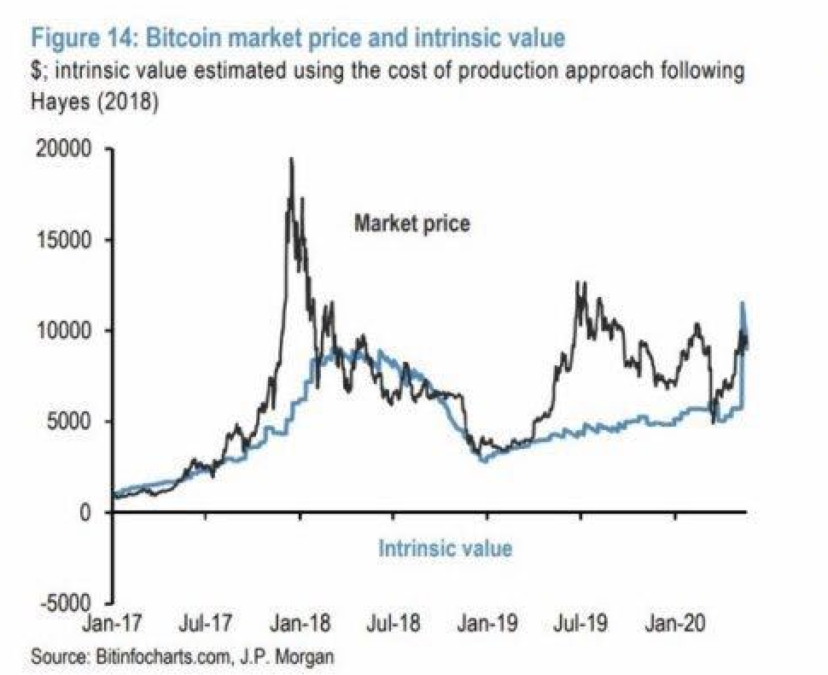 “Given the halving of the bitcoin rewards that took place on May 11th, the intrinsic value estimate effectively doubled,” he said, adding that a 20% drop in bitcoin's hash rate after the halving and price decline also contributed to closing the gap.

Bitcoin is currently priced at around $9,500 a piece.