Uniswap, the non-custodial, automated market-maker exchange protocol, saw it's quarter-over-quarter volume surge by over 225% between Q4 2019 and Q1 2020.

A good portion of that boost, perhaps unsurprisingly, came in the form of 'Black Thursday,' the mid-March crypto market event that saw the price of bitcoin, ether and other cryptocurrencies swing significantly. Uniswap saw an all-time monthly high of $191.4m in March.

Volumes then fell roughly 60% in April ($77.3m). May, according to available data, is on course to see around $100m in protocol volume. 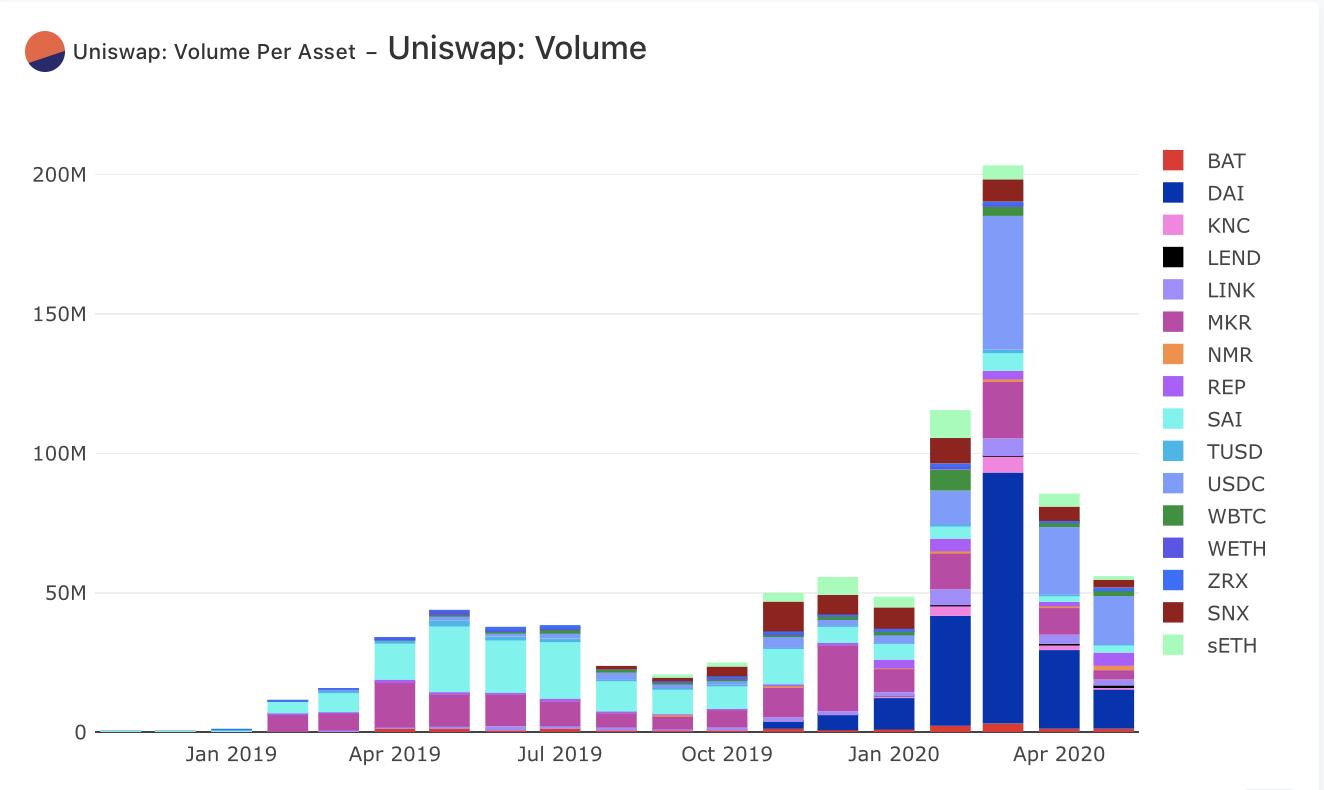 As noted by The Block's Matteo Leibowitz, markets for three assets –DAI, USDC, and MKR markets – continue to comprise a majority of trading. In April, the three assets alone comprised roughly 72% of all volume.

The busy quarter comes as the release of Uniswap's v2 approaches. As The Block previously reported, the new version will introduce features like ERC20 pairs, more manipulation-resilient price oracles and flash swaps.