Approximately $1.2 billion has been invested in companies focused on institutional infrastructure and client services since 2014 – and of that amount, just over $550 million was directed toward firms focused on derivatives.

As noted in The Block Research's Institutional Digital Asset Infrastructure industry map, the $1.2 billion has been spent across 77 different deals, with a median deal size of about $5.4 million. 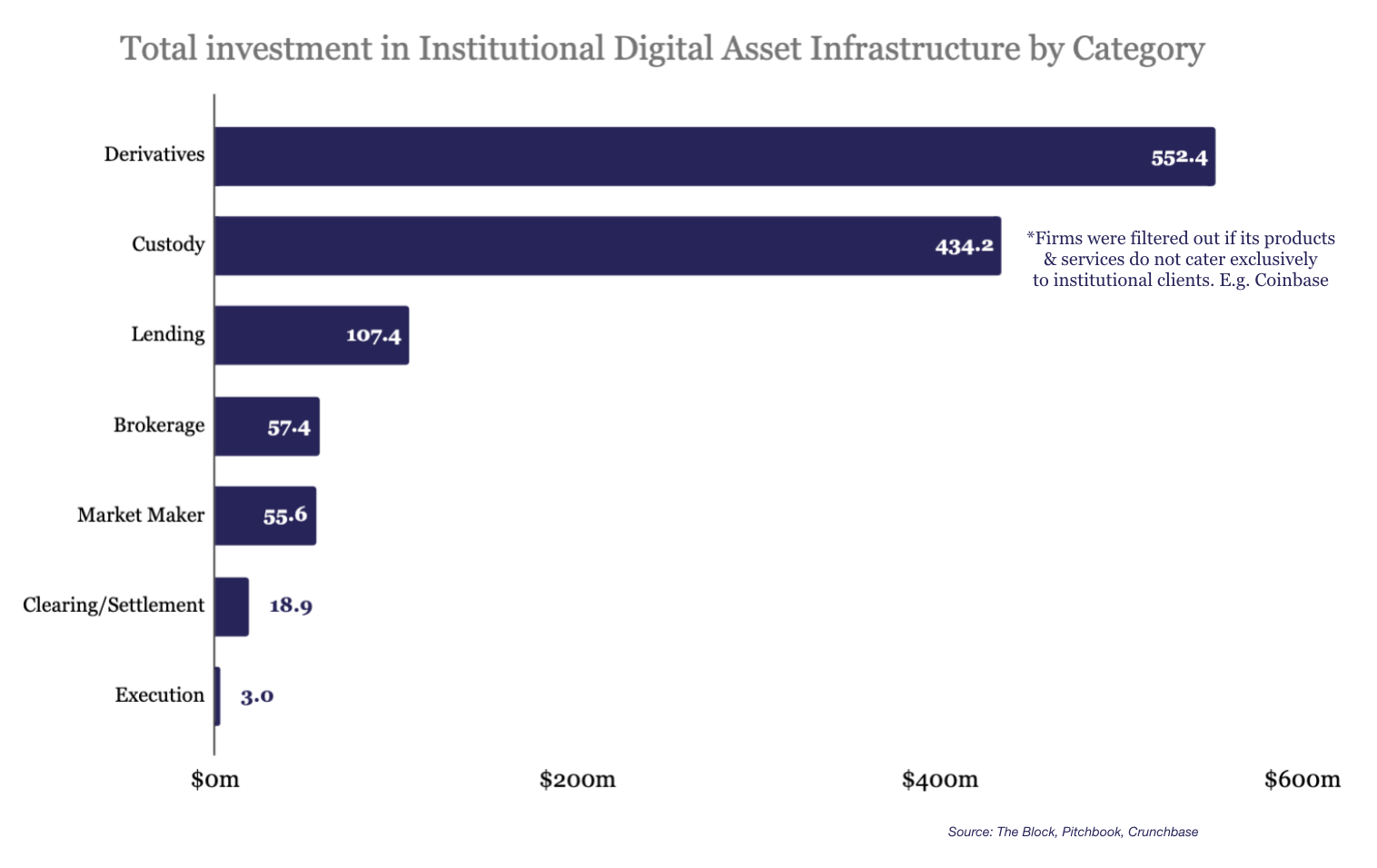 To be sure, much of that $552.4 million comes from the two deals conducted by Bakkt. The options platform and now rewards-points wallet has raised $482.5 million or about 87% of the total investment for derivative products.

Before 2018, 89% of all investment toward institutional solutions was either for custody or derivative products. In the time since, the industry has seen a nascent focus on other verticals, including lending, brokerages, and market makers providing liquidity.