Bitcoin’s correlation to stock index S&P 500 has declined significantly, hinting that the two asset classes no longer move in the same direction.

The correlation between bitcoin and S&P 500, measured via BTC/USD on Coinbase and S&P 500 futures, has touched a two-month low.

The current correlation between the two asset classes is 0.15, which means it is nearly negligible. About a month ago, on April 16, the correlation was moderately positive at 0.53. 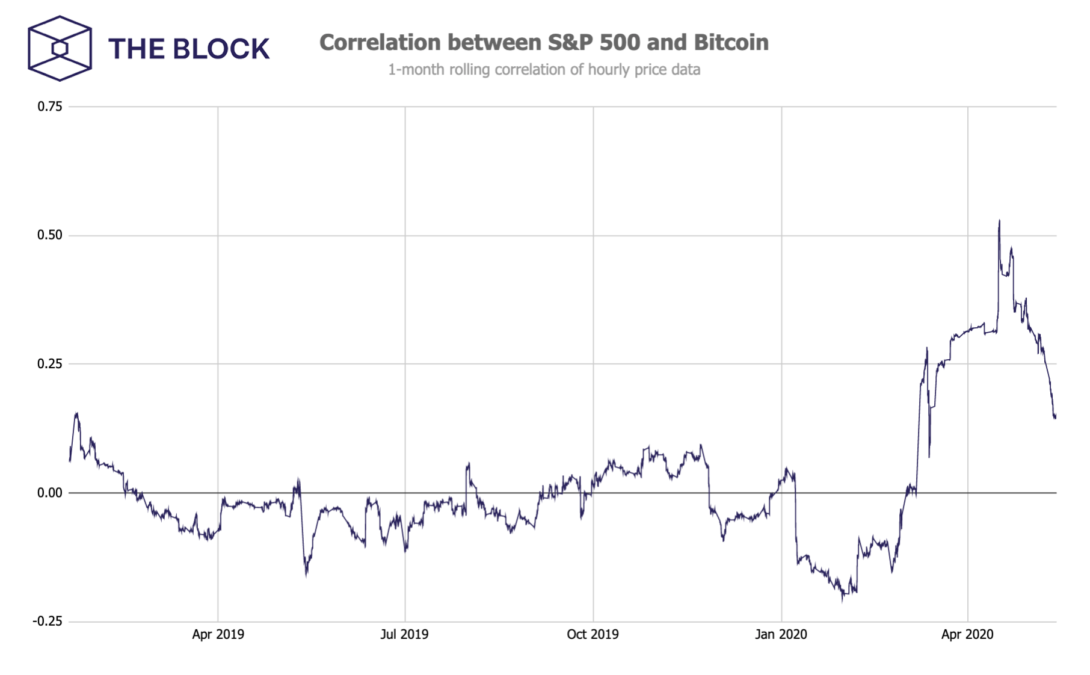 A near-zero correlation between two assets indicates that there is no relationship between them or that they do not move in the same direction.

Having two low-correlated or uncorrelated assets in a portfolio helps lower overall volatility.