Bitfinex generated $21.4 million in revenue in the first quarter of 2020, nearly twice as much as it brought in during the final quarter of 2019. 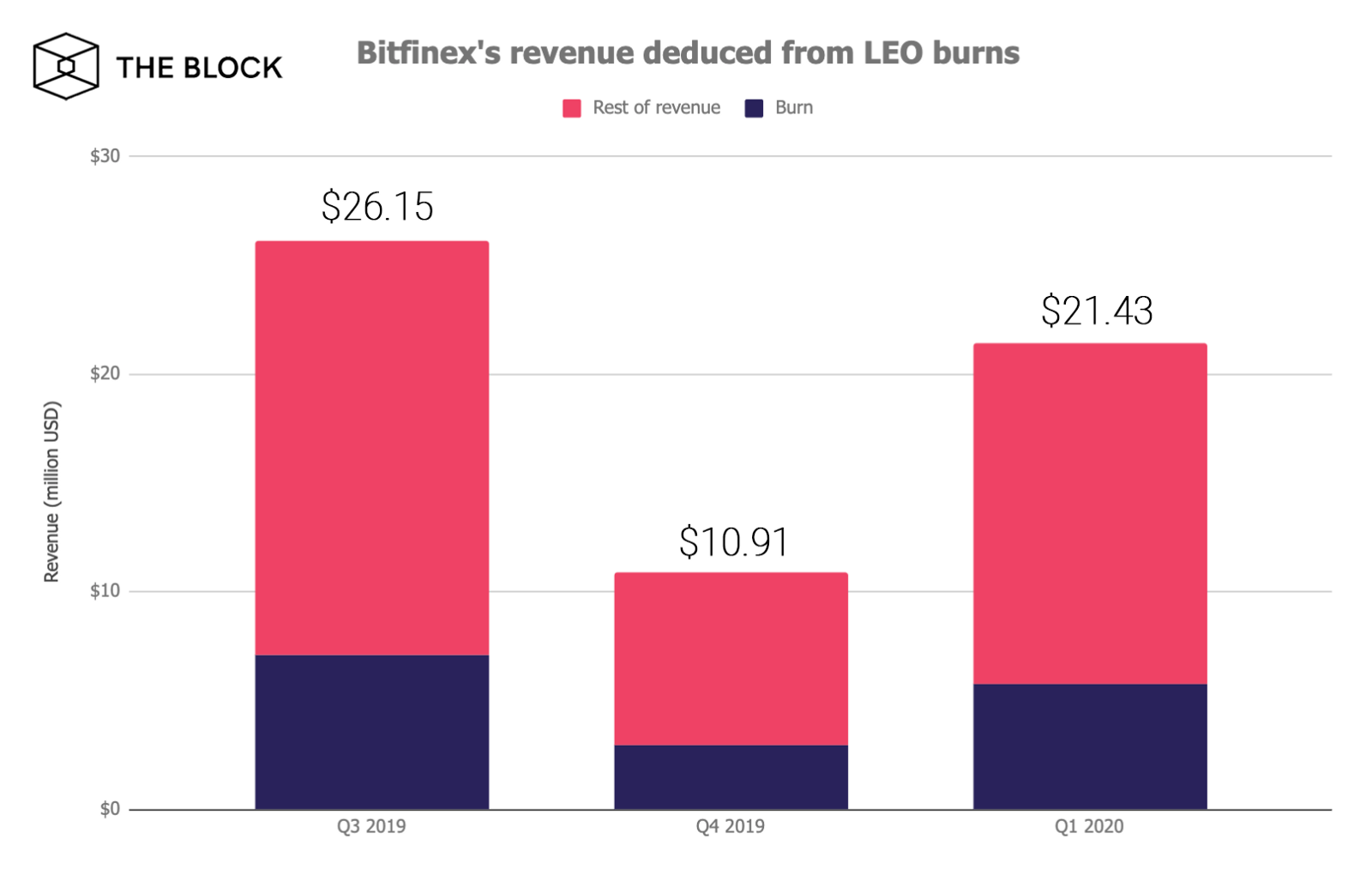 Bitfinex's trading volume exhibits similar patterns as its revenue, which is an expected outcome since Bitfinex derives most of its revenues from trading fees. 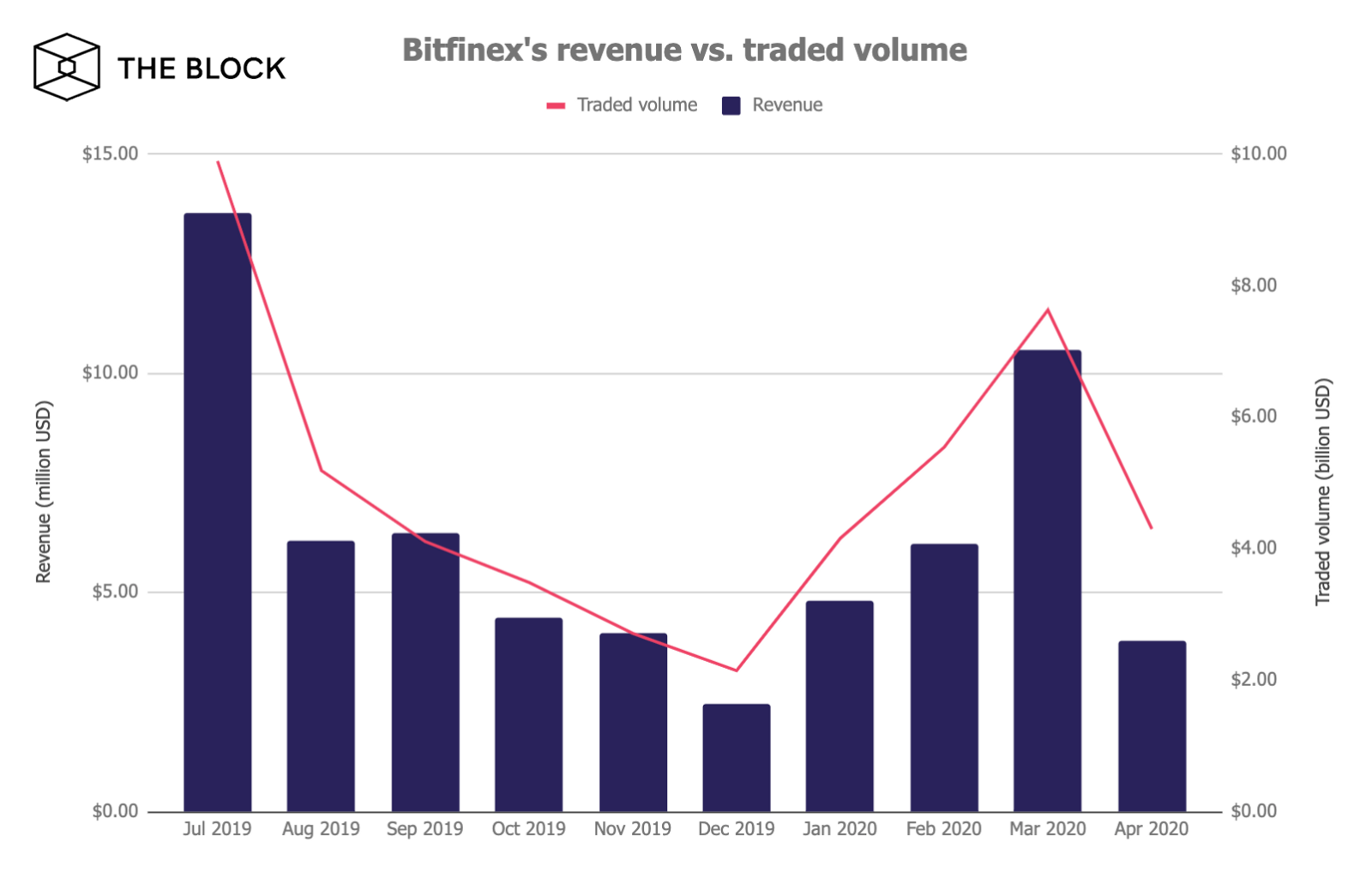 Generally speaking, while Bitfinex is still the most liquid exchange out there, it has clearly lost some steam in recent quarters. Since January 2019, Bitfinex's share of total legitimate volume has dropped from 13.7% to about 5% in April.