In an announcement post, the company said that its initial offering would focus on bitcoin using Full Pay-Per-Share, or FPPS. Under this method, revenue from the block reward – currently 12.5 BTC – as well as at least some of the transaction fees are shared among pool participants. Future offerings will focus on both proof-of-work and proof-of-stake based networks.

"Binance Pool seeks to complement the existing Binance exchange by providing users with mining services. Income from mining can be directly tradable on the Binance exchange, with direct access to P2P platforms," the post explained.

Binance formally unveiled the service at the start of April. Binance CEO Changpeng Zhao said Friday in a post on Twitter that the pool had discovered its first bitcoin block.

With the launch, Binance becomes the latest exchange to launch a dedicated pool service. 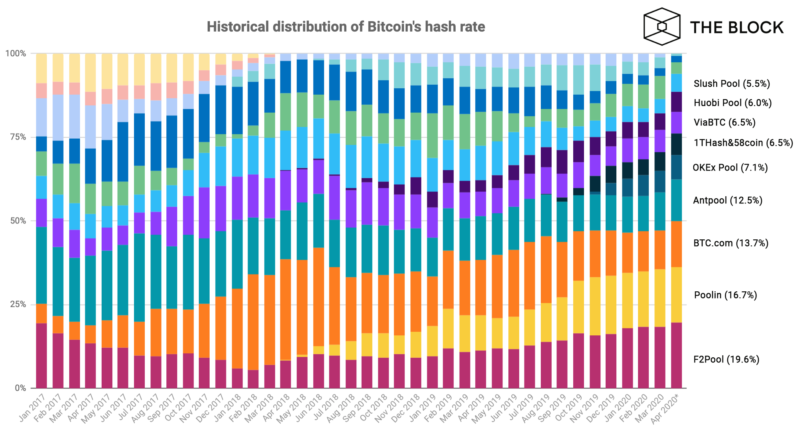 The chart above shows the historical hash rate distribution among mining pools as of April 2020. One notable data point is the growth seen by OKex, another exchange. After going live in September, OKEx's share has increased to roughly 7 percent of the network.