New data gathered by The Block Research shows that bitcoin miners brought in an estimated $380.1 million during the month of March.

That figure represents a 25 percent decline compared to February, as shown in the graph below. The number is based on the assumption that miners sell their bitcoin holdings immediately and is drawn from the daily close price of BTC. 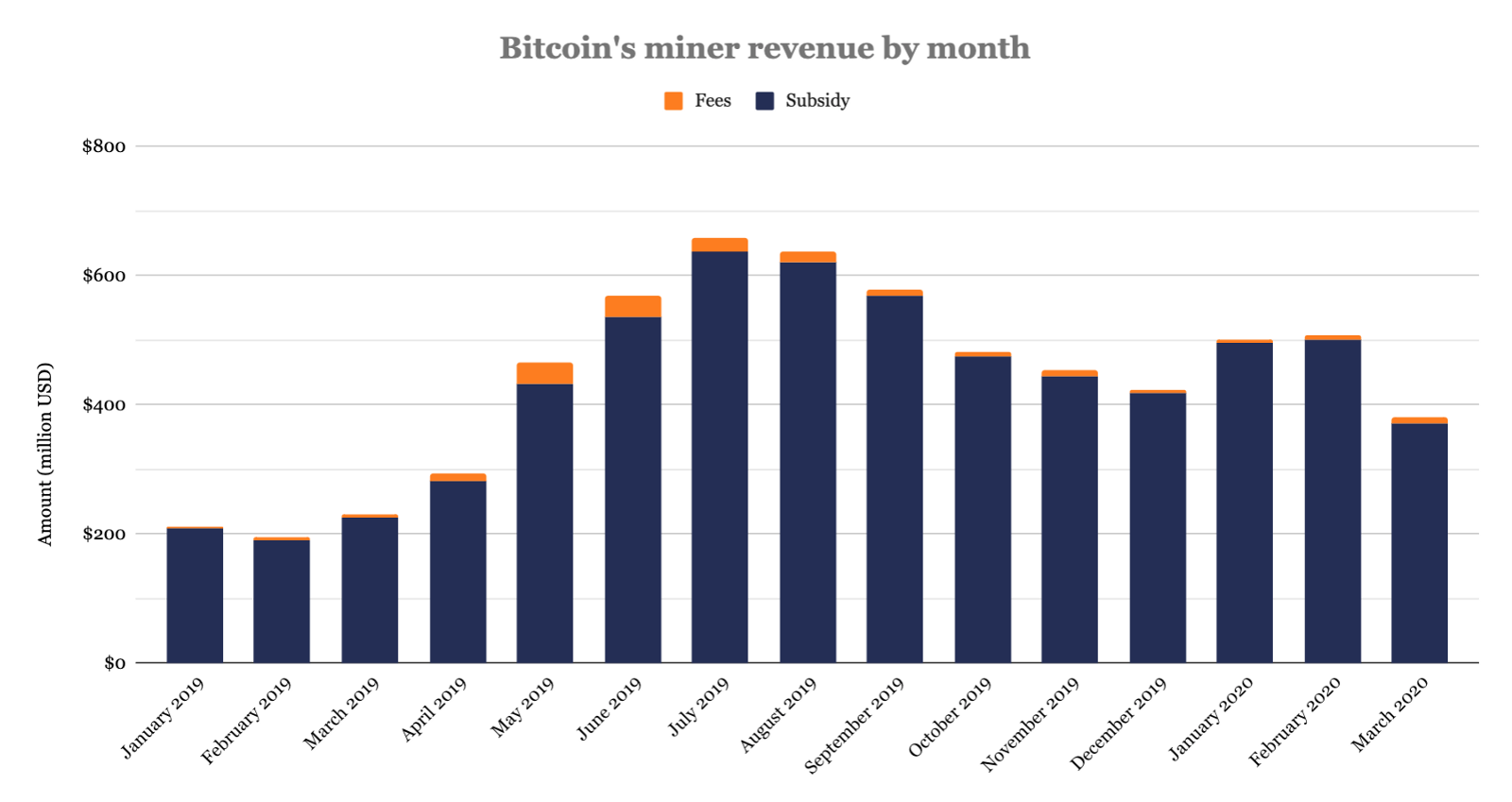 As noted by The Block's Larry Cermak in his March by-the-numbers wrap-up, the vast majority of that revenue was in the form of block reward subsidies, which at this time at 12.5 BTC per block. That number will fall to 6.25 BTC when the subsidy is halved during an event expected to take place next month.

Transaction fees  – which are paid by bitcoin network users – were about 2.12% of the total amount of revenue generated.

As The Block previously reported, bitcoin miners made an estimated $5 billion in revenue during 2019. The $5 billion figure represented a fall from the level seen in 2018, when miners brought in an estimated $5.26 billion.