Bitcoin falls below 8,000 ahead of what is expected to be a rough day for U.S. stocks

The global markets rout continued into Monday morning following a historic weekend for stocks and commodity trading over the weekend.

Trading of S&P 500 futures were halted Sunday following a 5% decline, indicating U.S. stocks will plunge at market open. The panic selling followed the largest one-day decline in oil prices in 30 years, which was set-off by a breakdown in conversations between OPEC and Russia to cut crude output. 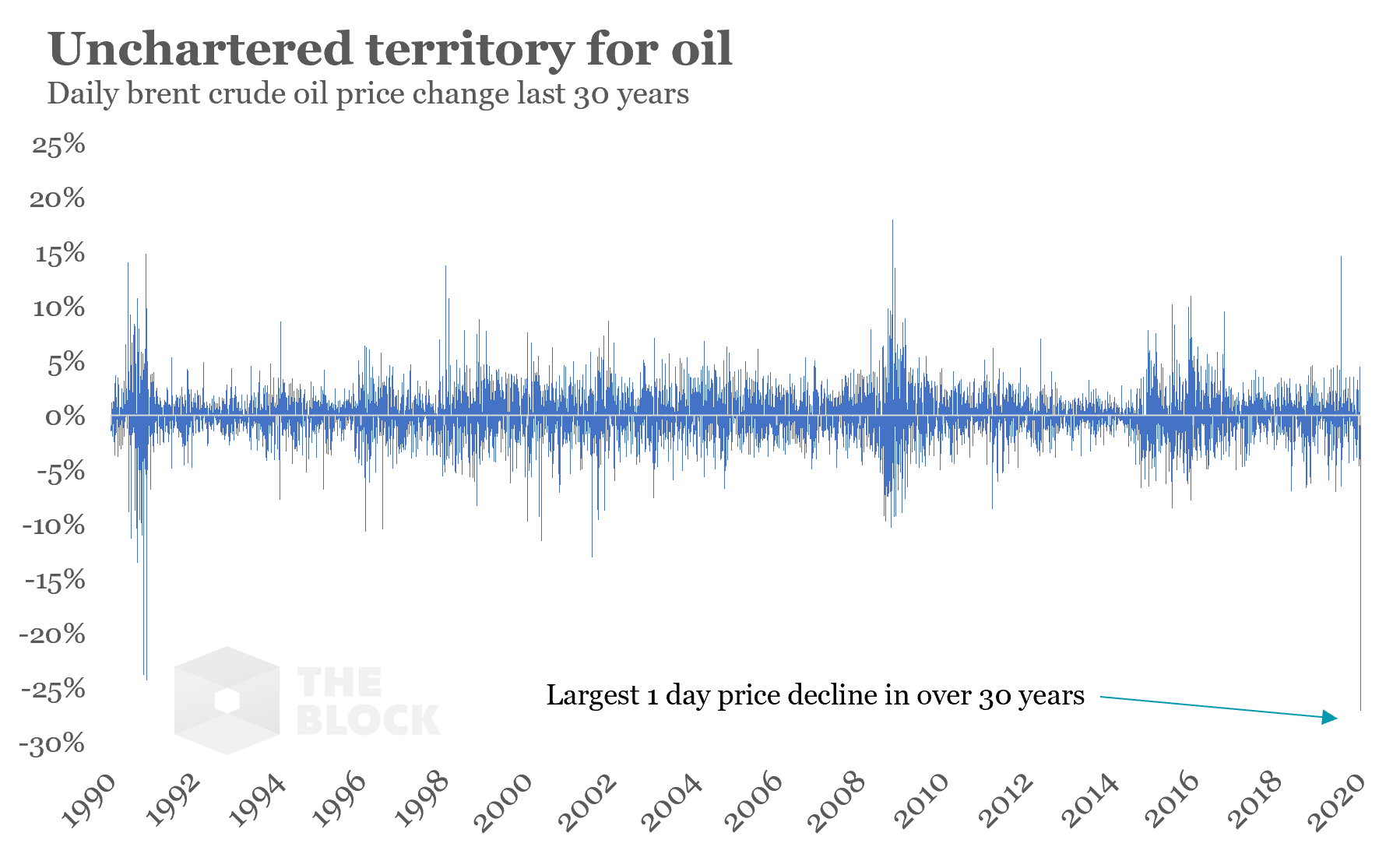 The outlook for the oil market is bleak, according to Goldman Sachs. In a note to clients, the investment bank cut its second quarter and third quarter estimate for oil prices to $20 a barrel.

The jitters in oil are underpinned by broader market concerns about the economic ramifications of the ever-spreading corona-virus, which surpassed more than 100,000 confirmed cases over the weekend. Italy, a country reeling from its inability to control the virus outbreak, is limiting travel to the most impacted regions.

Indeed, investors have been seeking safety over the course of the last month, fleeing risk assets from bitcoin to stocks. As such, the yield for 30-year U.S. Teasury fell below 1% for the first time in history, while the 10-year hit a record low of less than 0.4%. Experts expect the Federal Reserve will once again slash interest rates to curb corona's fall-out.

Investment banks such as Citigroup and Goldman Sachs have been sounding the alarm bells, noting in research to clients that market turmoil might continue until the end of the year.

"The US economy could slip into a recession if the coronavirus contagion lasts for an extended period of time," Goldman Sachs said in a note reviewed by The Block.

As for bitcoin, the price of the digital currency—which has been lauded as both a safe haven and uncorrelated asset by some market pontificators—has largely been in lock-step with the broader market. It has dipped below $8,000 Monday morning, trading down more than 12% since Saturday.

Meanwhile, CME Group Bitcoin futures — arguably the easiest product for traditional traders, hedge funds, and large asset managers to get exposure to bitcoin — had seen volumes fall off a cliff since breaching $1 billion in traded volume the day before the S&P500 peaked. The 7-day rolling average trading volume of CME bitcoin futures is down more than 75% since then. 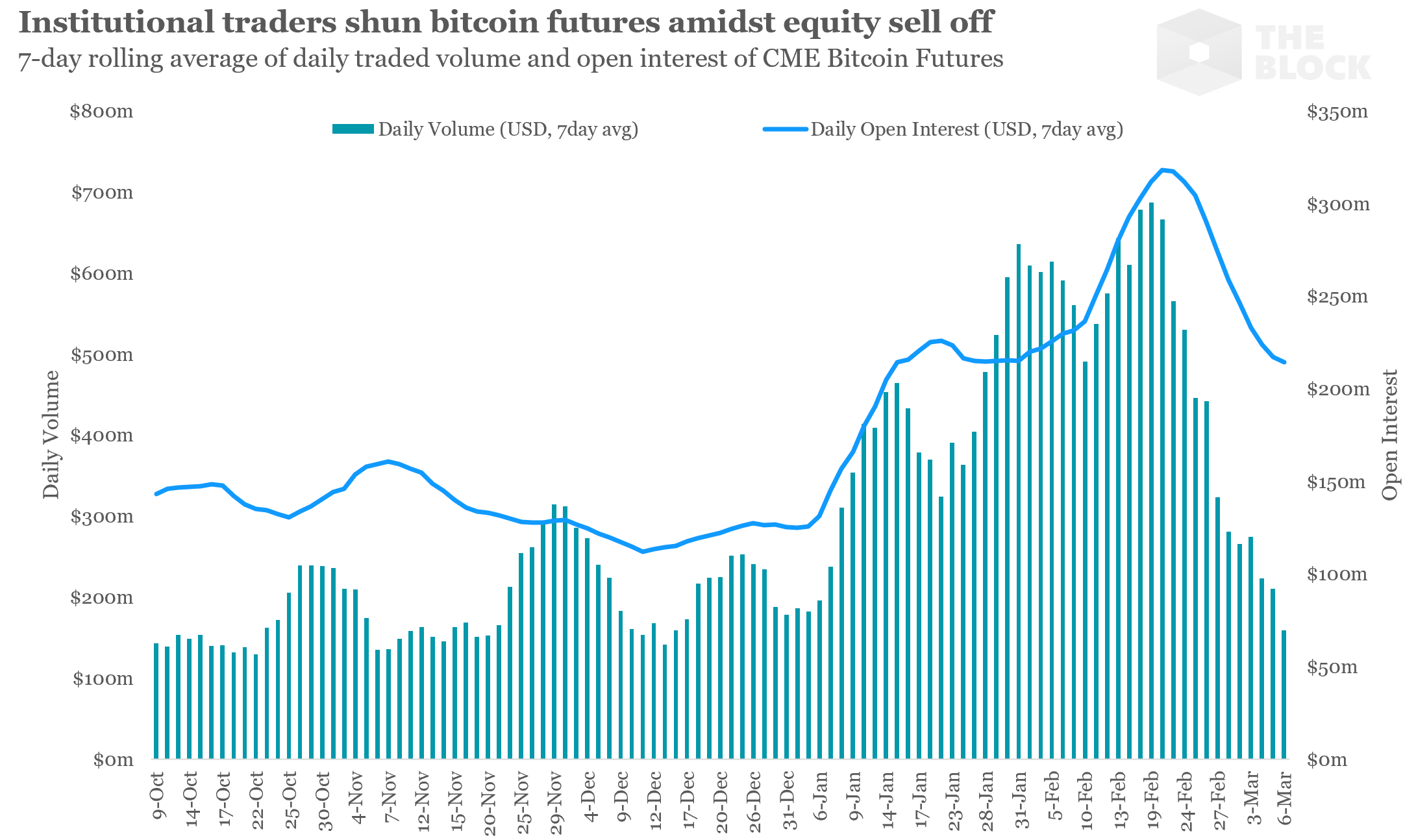