Brad Garlinghouse, CEO of Ripple, has indicated that the firm could go public in the next 12 months.

Speaking at the World Economic Forum in Davos, Garlinghouse told the Wall Street Journal on Thursday that an initial public offering (IPO) is a “natural evolution” for the company.

Just last month, Ripple raised a whopping $200 million in Series C funding, which is usually the last step before a company goes public. The Series C round valued the blockchain payments firm at $10 billion.

Ripple has raised a total of $293.6 million in funding to date, according to Crunchbase. It remains to be seen how much more Ripple ends up raising in an IPO.

Earlier this week, Ripple reported sales figures of XRP for the fourth quarter and saw an 80% drop. The firm sold a total of $13.08 million in XRP in Q4, compared with $66.24 million in the previous quarter. The Q4 sales figures are the lowest in the past three years, according to The Block's research. The price of XRP also declined by 22% during Q4.

Cumulatively, Ripple has so far sold a total of $1.22 billion worth of XRP, according to The Block's research. 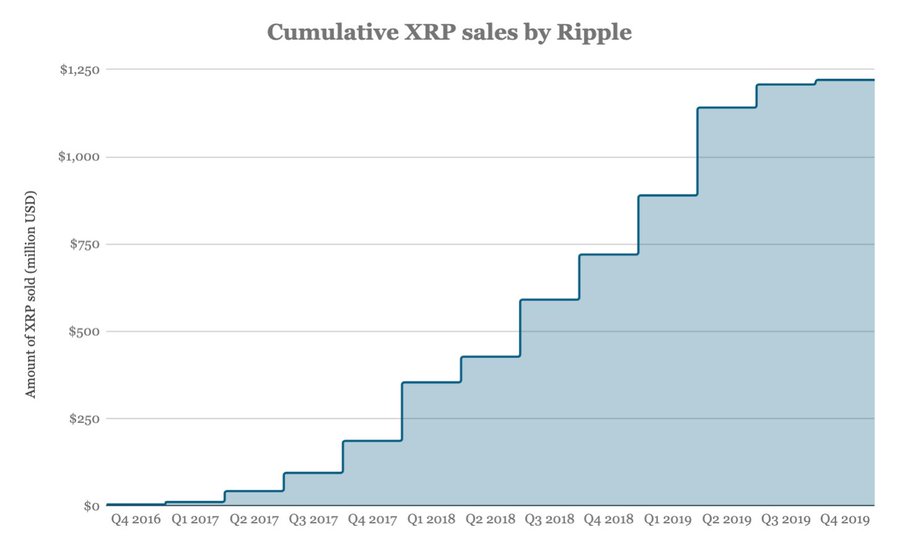