Blockchain analytics firm Chainalysis said Wednesday that it traced $2.8 billion in Bitcoin being sent by criminals to crypto exchanges in 2019, with the bulk of those transactions going to Binance and Huobi.

"While exchanges have always been a popular off-ramp for illicit cryptocurrency, they’ve taken in a steadily growing share since the beginning of 2019. Over the course of the entire year, we traced $2.8 billion in Bitcoin that moved from criminal entities to exchanges," Chainalysis noted, with 27.5% of that amount going to Binance and 24.7% going to Huobi.

On the two exchanges, a small group of accounts that received more than $100 billion worth of BTC in 2019 took in most of the illicit funds, Chainalysis found. 75% of the total amount received on Huobi and Binance went to 810 of the highest-receiving accounts. 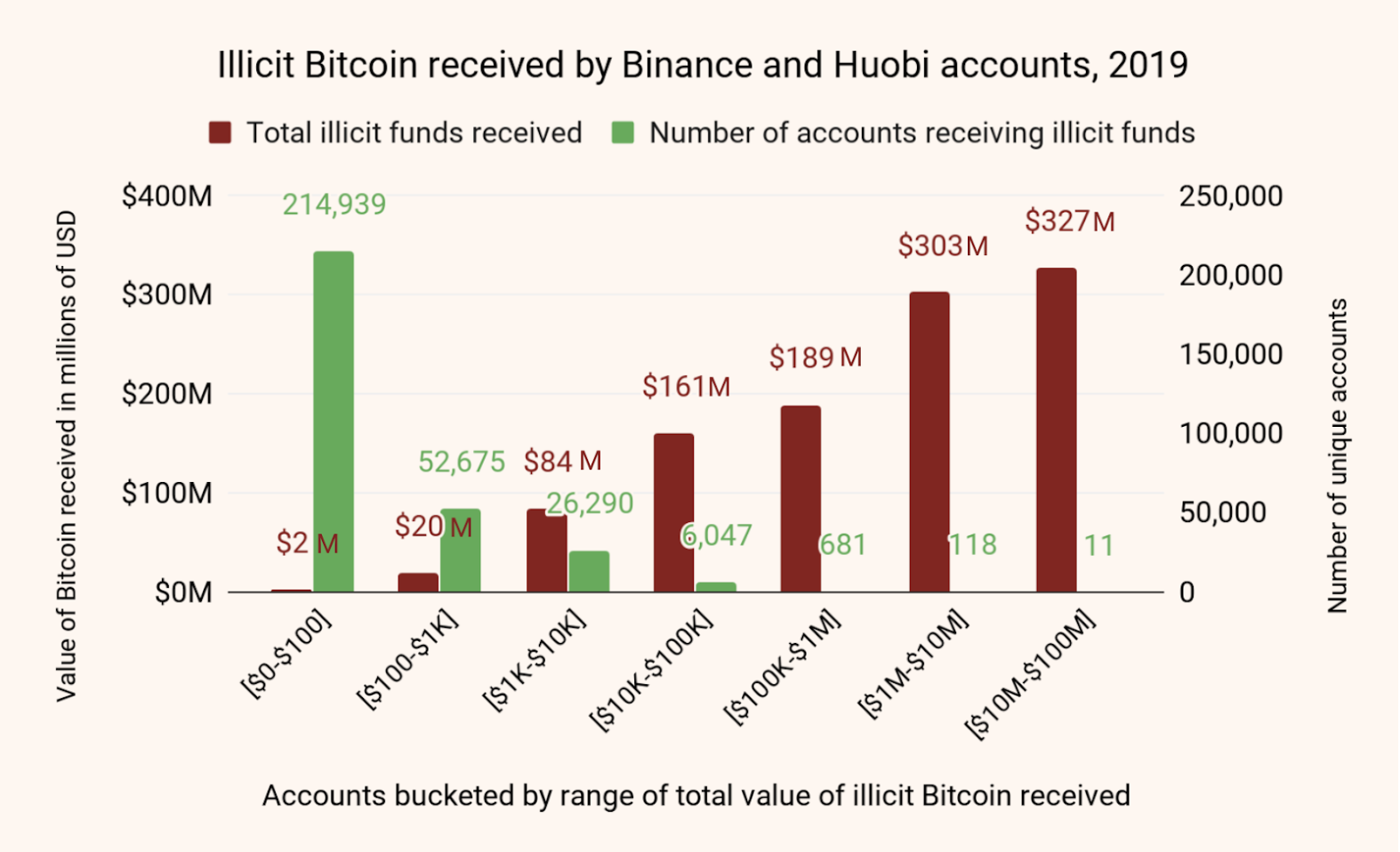 According to the analytics firm, these large accounts likely belong to over-the-counter (OTC) brokers that "are typically associated with an exchange but operate independently."

Although Huobi and Binance both have Know-Your-Customer (KYC) procedures in place, such requirements are lower for OTC desks, hence the existence on the two exchanges of some OTC desks that specialize in providing money-laundering service to criminals, Chainalysis claimed.

In a list of 100 major 100 OTC brokers that Chainalysis believes to provide money laundering services, 70 of them are on Huobi. The 100 brokers together could account for as much as 1% of all Bitcoin activity in a given month, per the report.

The Block has reached out to Huobi and Binance for comments but did not receive responses by press time.

In a statement to Chainalysis, Binance chief compliance officer Samuel Lim said that the exchange "is committed to cleaning up financial crime in crypto and improving the health of our industry."

"We will continue to improve on our proprietary KYC and AML technology, as well as the third-party tools and partners we work with, to further strengthen our compliance standards," said Lim.