Cryptocurrency exchanges around the world have been experiencing a steady drop in traffic since June, suggesting declining interest by retail investors.

The Block’s Larry Cermak analyzed 37 cryptocurrency exchanges and their monthly traffic from April to September (latest data available) and found that traffic has declined by 37% since June.

In September, the analyzed cryptocurrency exchanges cumulatively had monthly visits of 103.6 million, while in June, that figure was more than 150 million. Topping the traffic chart is Coinbase, which had the highest number of estimated visitors during April- September with about 157 million, followed by Binance with nearly 148 million. 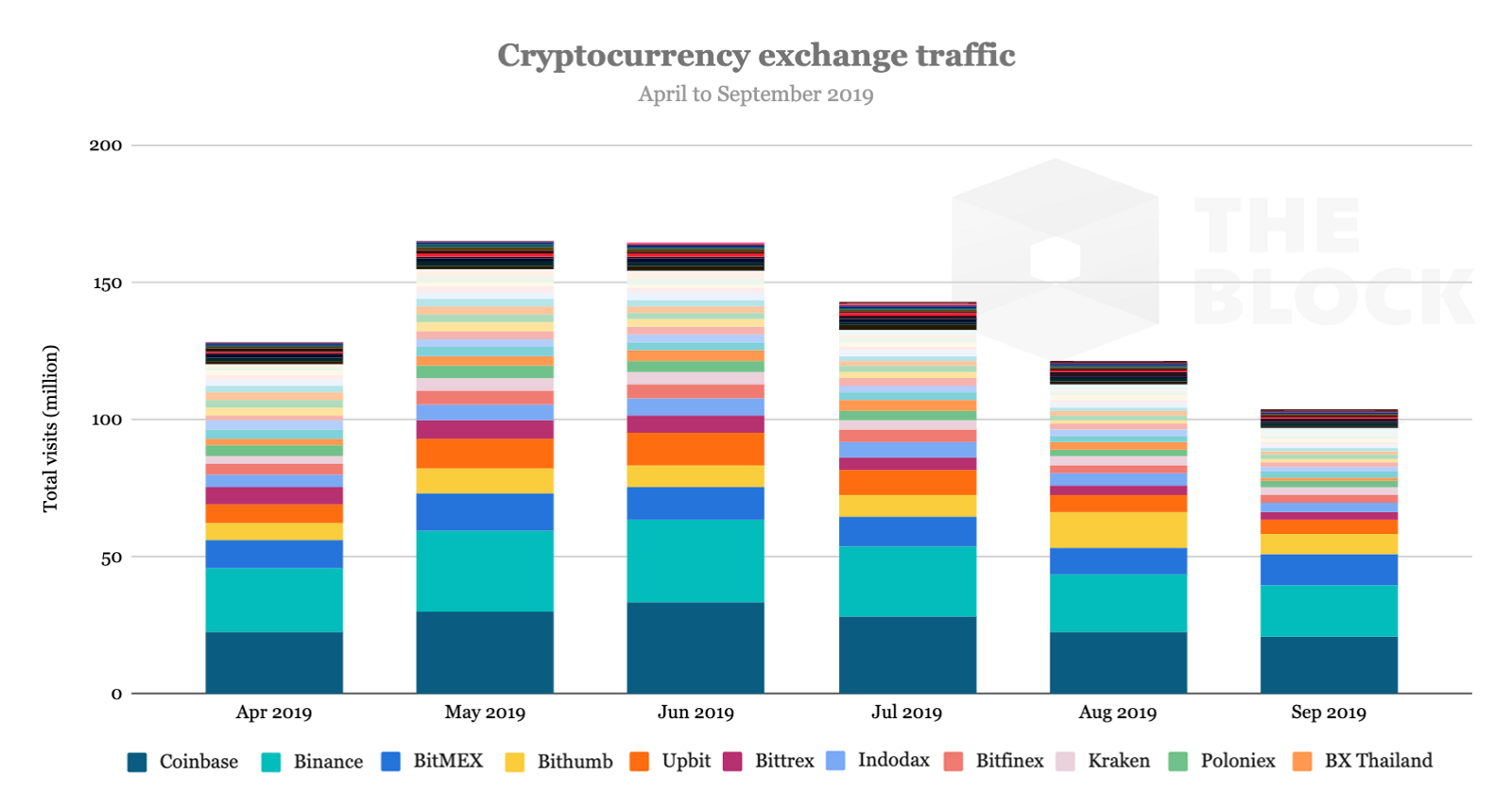 The decline in traffic has also coincided with lower traded volumes since June on these cryptocurrency exchanges. To read the full analysis and more such data-driven stories, subscribe to The Block Genesis.
Exchanges