dYdX, a non-custodial cryptocurrency exchange built on the Ethereum blockchain, will soon discontinue support for 0x-based markets. 0x is a decentralized exchange protocol and liquidity provider on Ethereum.

According to Zhuoxun Yin, dYdX's head of operations, the discounted support is expected to happen after 0x transitions to the third version of its protocol. The success of dYdX's ETH/DAI market is one of the contributing factors, Yin added.

"We’ve been able to build meaningful liquidity on our markets so far, quite quickly," Yin tells The Block.

As analyzed by The Block researcher Matteo Leibowitz, dYdX "saw $60 million volume in Q2, $70 million in Q3, and is expected to see further growth by the end of Q4. Daily average volume sits at roughly $800,000 while the average trade size is $5,000." 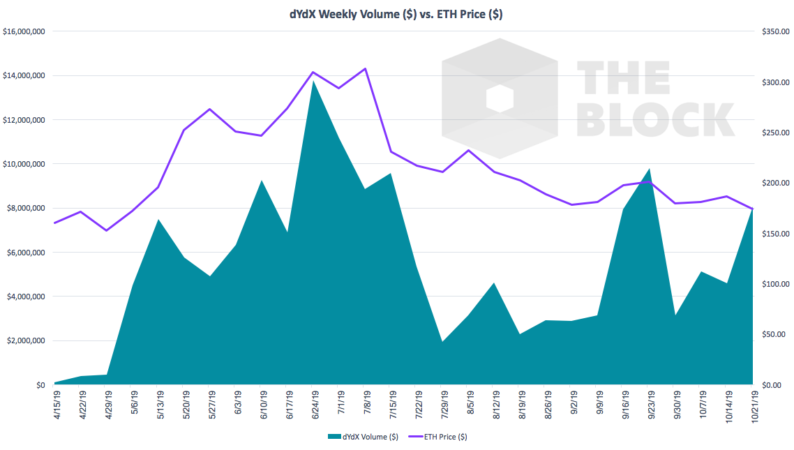 0x v3 brings with it several infrastructure updates along with a new economic model for its native ZRX token. As Leibowitz wrote, "in 0x v3, traders using the 0x protocol must pay a fee to market makers, distributed pro rata according to ZRX staked, equal to the transaction gas fee. This updated model is intended to attract more market liquidity, with the explicit user fee offset by tighter spreads. However, dYdX is confident that it can attract liquidity without burdening users with additional fees."