SegWit transactions on Bitcoin network have risen sharply in September

Segregated Witness (SegWit) transactions on the Bitcoin network have risen sharply in recent weeks, according to data compiled by The Block.

The percentage of transactions that use SegWit has jumped to about 55% in September from below 40% in months before that. For instance, in April, the figure ranged between 35%-37%. 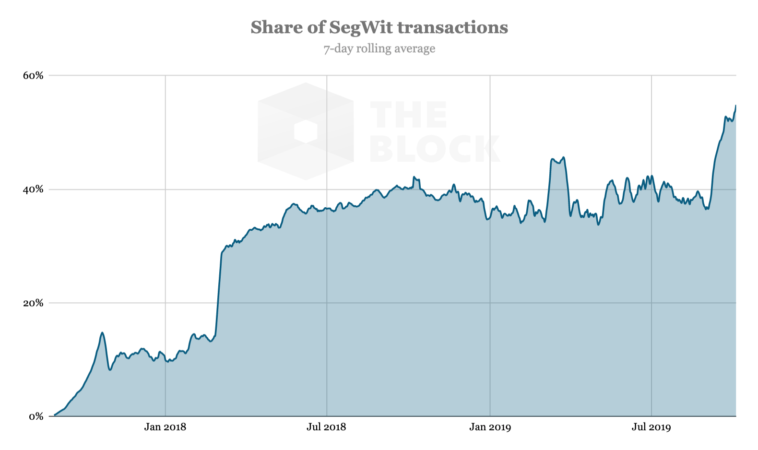 SegWit is an optional protocol upgrade to blockchain networks, which help accommodate more transactions in one block (1MB size) and thereby help lower costs per transaction. Depending on several parameters, Segwit transactions are at least 25% smaller in size when compared to legacy transactions.

Earlier this week, Binance CEO Changpeng Zhao (“CZ”), indicated on Twitter that the cryptocurrency exchange could add SegWit support to its platform by the end of Q1 2020. If the exchange does implement the support, it could decrease the load on the bitcoin network as well as decrease fees per transaction for users when the network’s mempool starts filling up again.