Hong Kong has seen a sharp increase in bitcoin (BTC) volumes in recent weeks as the city reels from protests and unrest. 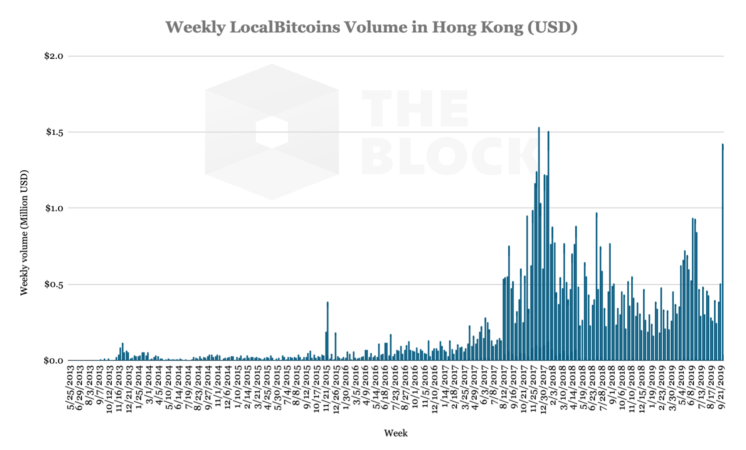 Hong Kong has been witnessing the “worst unrest in more than 50 years” amid worsening political tensions. Protestors have been rallying since June when the general public started opposing a bill that could have allowed the extradition of those convicted of crimes to mainland China and Taiwan. The bill has been withdrawn, but the protests are still ongoing.