Analysis: Is bitcoin a ‘safe-haven’ asset during capital market turmoil?

Bitcoin enthusiasts insist on calling the cryptocurrency a “safe-haven” asset. But is that the case? All signs point to no, according to analysis from The Block’s research analyst Ryan Todd.

Safe-haven assets are those that investors flee into during times of economic turmoil. Typically, those assets are less risky. Looking at the volatility of perceived safe assets, including gold and US Treasuries, bitcoin is incredibly risky — which makes it a less stable, weaker store of value, Todd notes. (Not really the type of investment you want to make when markets are going haywire.)

The world's largest cryptocurrency has seen an average 12.4% annualized 30-day volatility over the last five years, as compared to ~0.50% of treasury bonds and gold’s 2.5%. 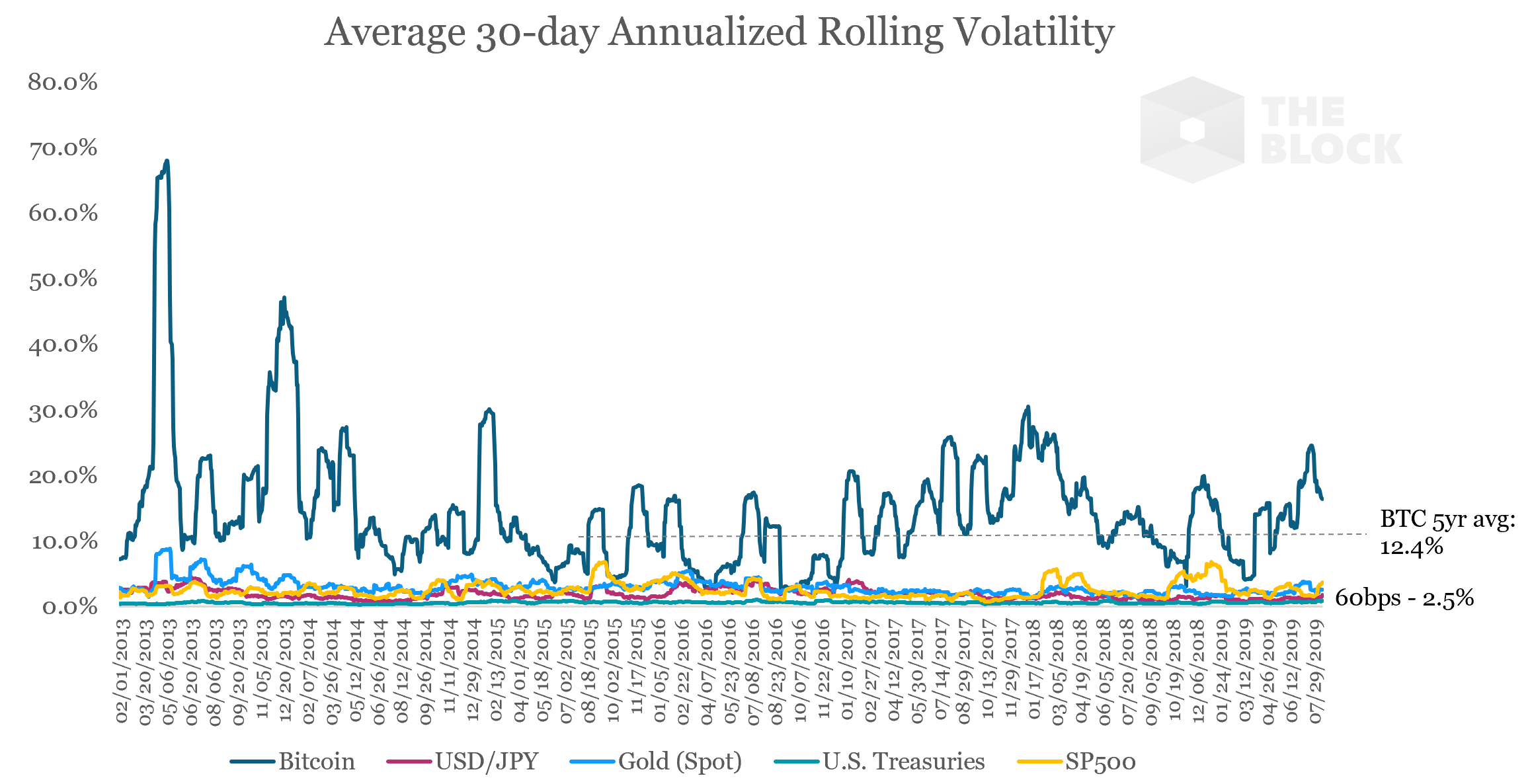 Further, the analysis shows that bitcoin, traditionally seen as uncorrelated to other asset classes, is seeing a rising correlation with Chinese yuan this past month due to a trade war between the U.S. and China, chipping away at the flawed notion that it is a safe haven.

Finally, bitcoin’s standard deviation moves since 2013 also show that is is no closer to “acting” like a safe-haven asset.