Coinbase has acquired Xapo's institutional custody business for $55 million, completing a deal that The Block first reported was ongoing in May. With the acquisition, the exchange now has over $7 billion in digital assets under custody, per a company blog post.

According to a Fortune report, the majority of Xapo's largest clients have agreed to transfer their funds over to Coinbase, bringing over 514,000 BTC under Coinbase's control. If Coinbase can convince the remainder of  Xapo's customers to use its services, the exchange will have 860,000 BTC under custody in total, or approximately 4% of the total supply of bitcoins in existence. 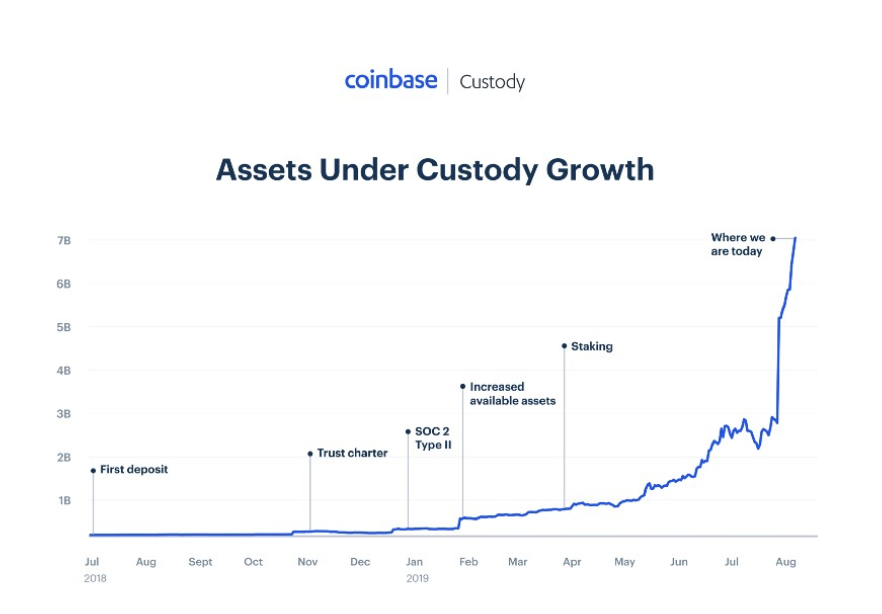 Xapo will continue to retain some of its businesses including its retail-facing exchange business and a Switzerland-based bitcoin vault.

The deal has been ongoing since May, as per The Block's original reporting, but sensitivities surrounding this deal — such as the transferring of customer assets and ownership of Xapo's vaults — have delayed the process, according to Jeff John Roberts at Fortune.

“This acquisition caps a tremendous period of growth and innovation for Coinbase Custody. From the start, we set out to build the world’s safest and most trusted institutional-grade custodian and today is an important milestone on that journey," Sam McIngvale, CEO of Coinbase Custody, says in a statement.