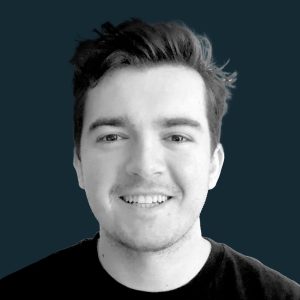 Bitcoin's price hit its lowest level since July of last year on Monday.

On a broader scale, bitcoin's price is now down more than 50% from the all-time highs seen in November 2021. Bitcoin reached $69,000 on Coinbase on November 7. 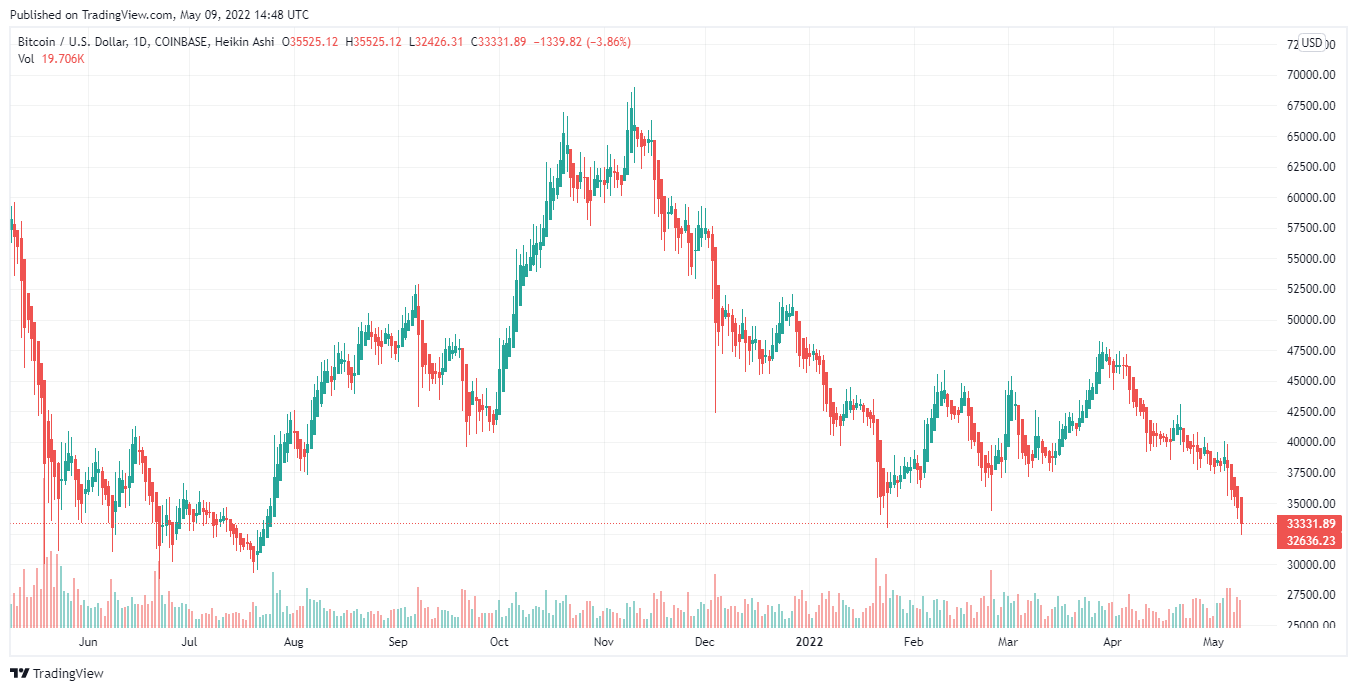 Beyond bitcoin, crypto prices have fallen across the board since the beginning of May. Ethereum is down from $2,700 at the beginning of the month to $2,400 while SOL has fallen from $85 to $71, according to Coinbase data via TradingView.

Bitcoin suffered its most dramatic loss on Thursday as it fell as much as  7% during the day, in line with declines in broader financial markets. On the same day the Nasdaq Composite, an index of the top technology companies in the US, experienced its sharpest daily drop in almost two years as it fell 5% during the Thursday session.

The Nasdaq Composite is down about 2.8% during Monday's trading session as of press time.

Broader markets have been rattled amid a tough macroeconomic environment.

Record levels of inflation across the globe have resulted in governments and regulators tightening monetary policy in order to combat rapid economic growth. Last week the US Federal Reserve announced its biggest rate increase in almost twenty years as it hiked rates fifty basis points in order to combat rising inflation – which is at a forty-year high in the U.S. Chairman Jerome Powell said on Wednesday: “Inflation is much too high and we understand the hardship it is causing. We’re moving expeditiously to bring it back down.”

These factors, coupled with macro issues like Russia's invasion of Ukraine, have caused global markets to experience extreme volatility throughout the year.