Bitcoin's price fell to a one-month low on Wednesday amid a broader decline across stock markets.

The macro picture was a cloudy one as US stock markets closed Wednesday. The Federal Reserve, in newly-published minutes, indicated that it may raise interest rates sooner than previously expected, as noted by Bloomberg. At the same time, the Fed floated the potential for a balance-sheet reduction in the wake of such moves.

According to data from TradingView, bitcoin's price hit a low of $43,879 on Coinbase. 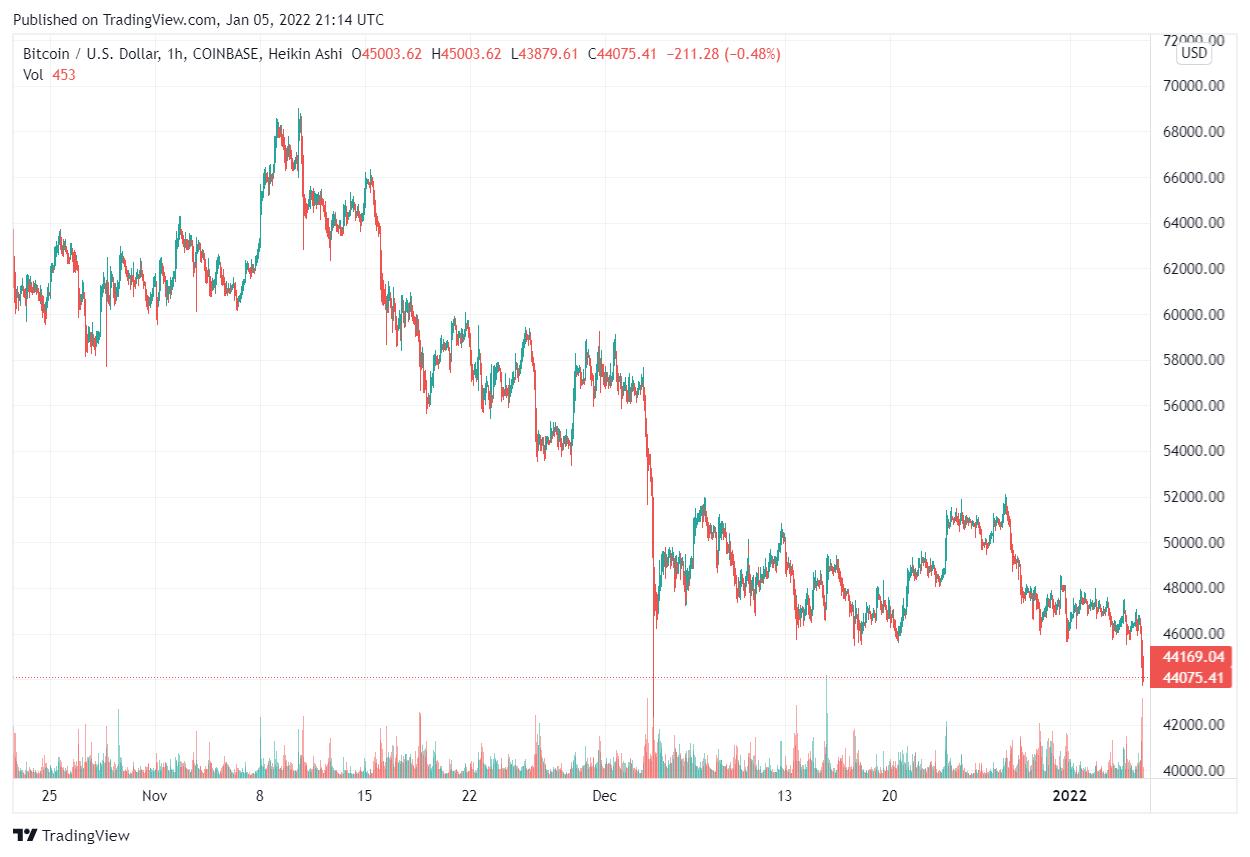 Today's price decline represents the lowest figure since December 4, when the price of bitcoin fell to $42,333 on Coinbase, as shown in the chart above. Bitcoin's all-time price high occurred on November 9, reaching the $69,000 mark on Coinbase.