Square's secretive TBD project, which earlier this year was framed by founder Jack Dorsey as "a decentralized exchange for Bitcoin," has debuted a new white paper.

The 18-page document sketches out the design principles and ambitions for the project, which it describes as "a protocol for discovering liquidity and exchanging assets (such as bitcoin, fiat money, or real world goods) when the existence of social trust is an intractable element of managing transaction risk."

Dubbed the tbDEX protocol, the proposed protocol "facilitates decentralized networks of exchange between assets by providing a framework for establishing social trust, utilizing decentralized identity (DID) and verifiable credentials (VCs) to establish the provenance of identity in the real world."

Additionally, the protocol aims to create "a ubiquity of on-ramps and off-ramps directly between the fiat and crypto financial systems without the need for centralized intermediaries and trust brokers." Notably, the paper suggests that stablecoins could serve as stand-ins for fiat currency.

"This makes crypto assets and decentralized financial services more accessible to everyone," the paper's authors write. 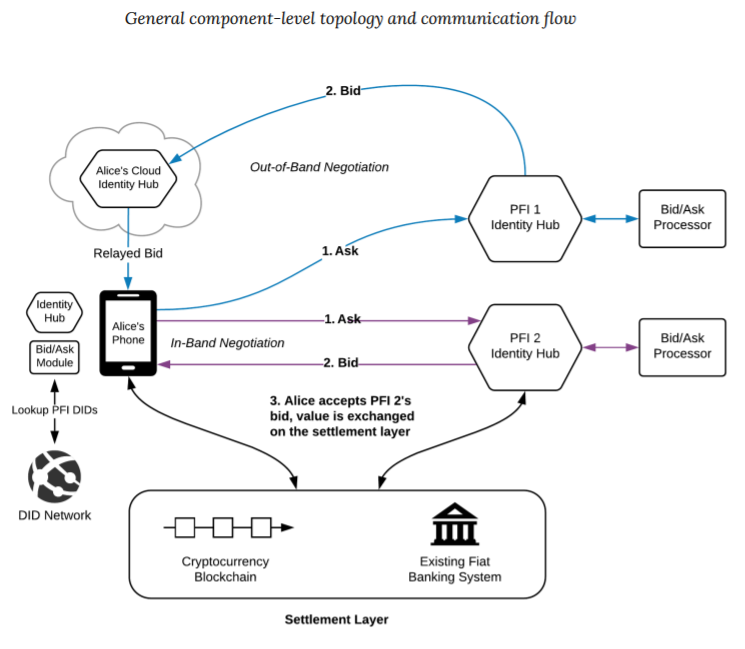 At the heart of the proposed system are efforts to create the ideal balance of trust and digitized identity, with the authors noting:

"The tbDEX protocol approaches trust differently than other decentralized exchange protocols in the sense that it does not utilize a trustless model, such as atomic swaps. At first blush, this is not optimal, especially when considering the end goal of providing access to a trustless asset like bitcoin. However, the reality is that no interface with the fiat monetary system can be trustless; the endpoints on fiat rails will always be subject to regulation, and there will exist the potential for bad behavior on the part of counterparties. This means that any exchange of value must be fundamentally based on other means of governing trust — particularly reputation."

Looking ahead, the TBD team is hoping Friday's white paper release will result in feedback from the broader community of those interested in the project.

"This initial draft of the whitepaper is meant to establish a conceptual understanding of the high-level design of the proposed tbDEX protocol. It should not be considered complete or final. It represents a proposed design for public comment," the authors wrote. "Future revisions of the whitepaper will address incomplete elements and currently unforeseen issues or challenges."