CryptoPunk owner declines a $9.5 million bid for his rare NFT

The owner of the non-fungible token (NFT) CryptoPunk #6046 has turned down a 2,500 ETH (around $9.5 million) offer for his NFT. If it would have sold, it would have been the largest CryptoPunk sale ever by dollar amount.

The bidder, who goes by poap.eth on the Larva Labs marketplace, placed the bid just 15 hours after the CryptoPunk's owner, who goes by Richerd, tweeted: “My punk is not for sale. Don't care what anyone offers me.” His punk has the rare traits of 3D glasses (3% of CryptoPunks have this), a cigarette in its mouth (10%) and 'frumpy' hair (4%). 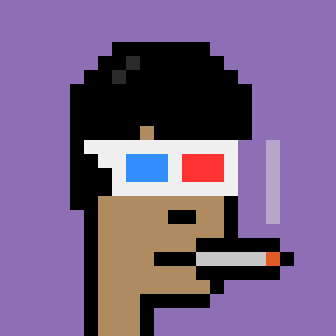 In response to the bid, Richerd tweeted: “You guys want to see what diamond hands look like?” Richerd later told The Block he declined the offer. The bid is now marked as "withdrawn" on Larva Labs.

The average price of a CryptoPunk has risen considerably over the past two months. As The Block’s data shows, a CryptoPunk was worth around $93,000 on August 1st to roughly $465,000 as of publication — a 400% increase.