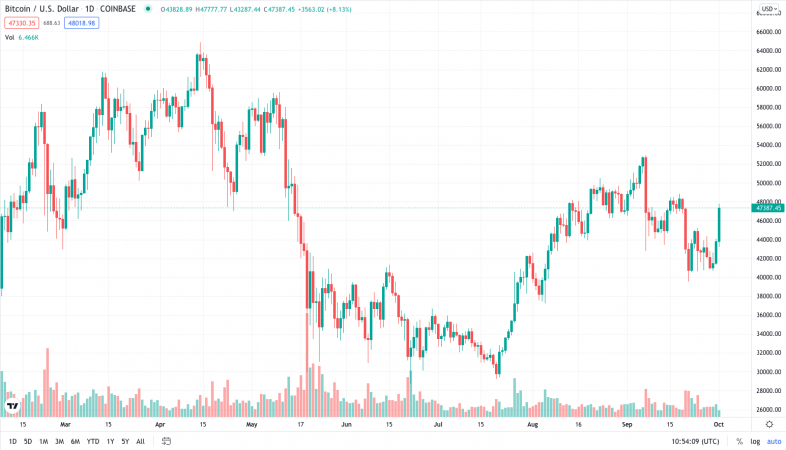 The price of bitcoin has broken above $47,000. Image: TradingView.

The surge in prices has seen $241 million in bitcoin shorts liquidated, according to bybt. There have also been plenty of long liquidations too, with $116 million liquidated so far today. Short traders are those betting the price of bitcoin will go down, while long traders bet in the opposite direction. The long liquidations likely happened earlier today.

This comes on the same day that El Salvador has officially started mining bitcoin, although it is still in its experimental stages. The country has mined 0.0059 BTC so far, worth $260, using geothermal energy from volcanos.