The U.S. Treasury’s Office of Foreign Asset Control has announced a new round of sanctions targeting over-the-counter crypto exchange Suex.

Formally registered in Prague, but with physical offices in Moscow and St. Petersburg, government officials said on September 21 that Suex has facilitated cashouts from ransomware gangs, scam operators, and defunct crypto exchange BTC-e, which the U.S. Department of Justice shut down years ago.

The OFAC release includes a series of BTC, ETH and Tether addresses. Twenty-five addresses in total are named. 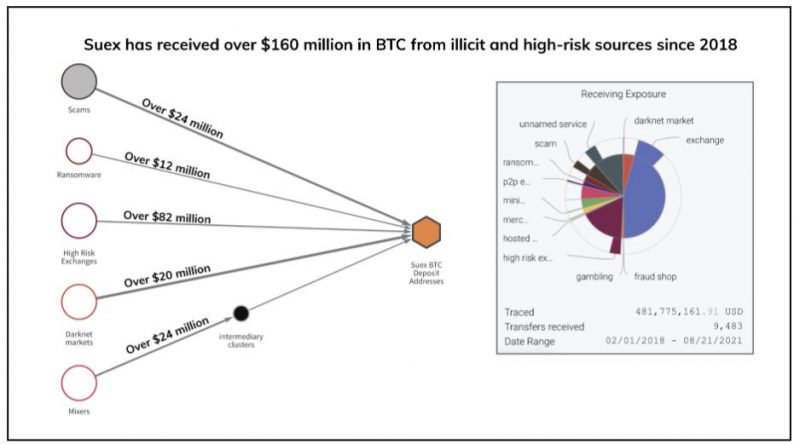 Crypto analytics firm Chainalysis aided OFAC in its investigation of Suex. Chainalysis found that Suex had received over $160 million in bitcoin in the past three years. Those funds also included deposits from darknet markets, in particular Russia-based Hydra, which is likely the largest of its kind in the world.

“The way to disrupt ransomware is by going after the ransomware supply chain.”

“We’ve been looking at Suex for a while,” Grigg continued. “But it takes time for entities like Treasury and OFAC to make their business case.”

A representative for OFAC did not respond to The Block’s request for comment as of publication.

The Block has previously reported that the surge in public interest in ransomware has been lucrative for the blockchain analytics firms like Chainalysis that track crypto transactions.

This story has been updated to clarify the nature of Suex's operation.