Legitimate spot exchange volume for cryptocurrencies reached $1.07 trillion in August, according to data from The Block Research. 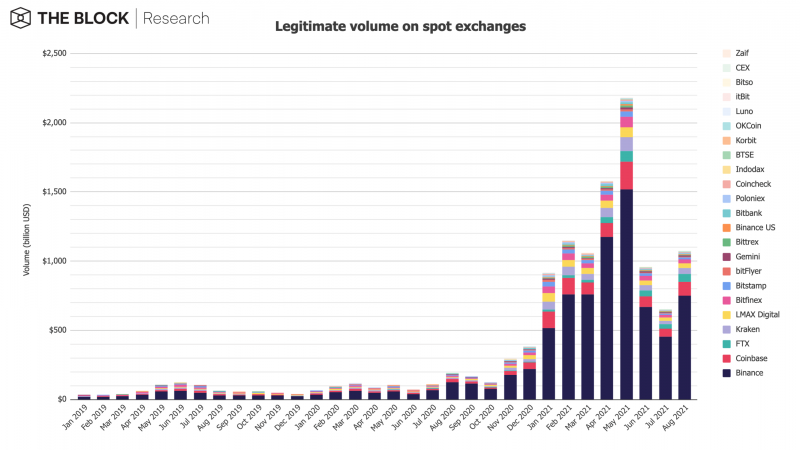 Spot exchanges have remained under $1 trillion since June, during which volumes weighed in at $958.3 billion. July saw $651.2 billion. However, the month-over-month increase from July to August was 64% — enough to push spot exchanges above the trillion-dollar mark again.

Binance once again boasts the majority of the market share, coming in at 70.1%. Coinbase followed with 9%, with FTX coming in next at 5.7%.

Decentralized exchange volume reached $82 billion in August — up 34% from July, according to data from The Block Research. 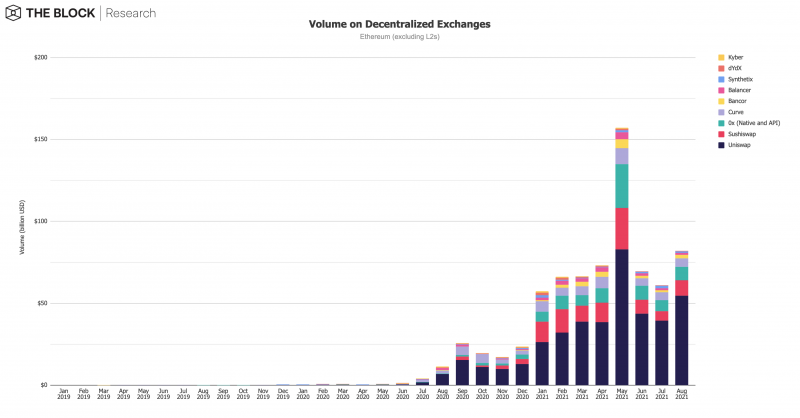