The U.S. is leading the way in decentralized finance (DeFi) adoption, according to a new report from Chainalysis.

Chainalysis released its DeFi Adoption Index on Tuesday, tracking which nations have demonstrated the highest grassroots adoption of DeFi protocols. The findings indicate that adoption is moving quickly in places with high-income populations that have already taken an interest in the cryptocurrency space.

Chainalysis ranked 154 countries with these metrics. The U.S., Vietnam, Thailand, China and the United Kingdom rounded out the top five slots.

Countries with the largest institutional and professional markets are driving the most DeFi adoption, according to Chainalysis. This is because DeFi remains the realm of the crypto insider, according to their research, 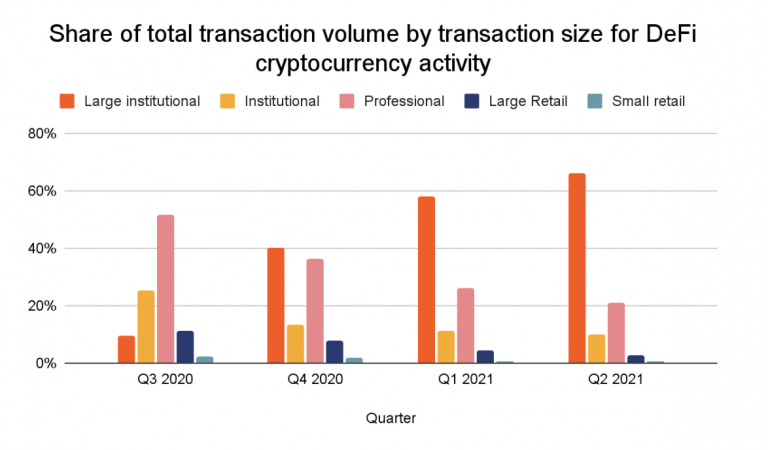 "DeFi adoption...has primarily been powered by experienced cryptocurrency traders and investors looking for new sources of alpha in innovative new platforms, even when we weight our index to favor grassroots adoption," reads the report.

Chainalysis released its Global Cryptocurrency Adoption Index for 2021 last week. It tracks grassroots adoption of both centralized and decentralized uses of cryptocurrency, which Chainalysis says is "skyrocketing" globally. Vietnam is the only country to crack the top five on both lists.