The stock price for Robinhood, the popular cryptocurrency and stock trading app, was down more than 10% at one point on Thursday after posting a $502 million loss during the second quarter of 2021. 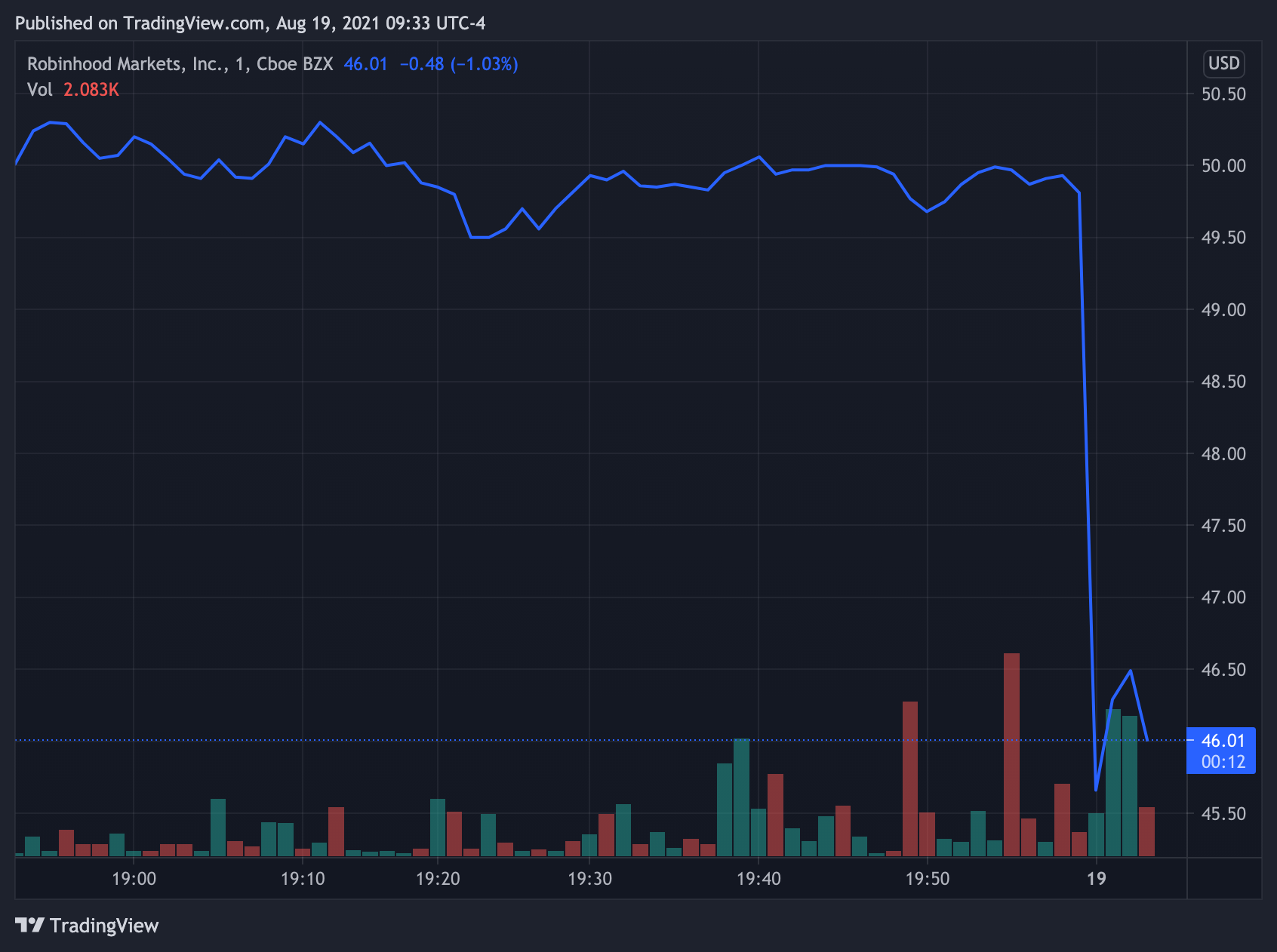 The trading app, which went public on Nasdaq last month, disappointed Wall Street with the loss, which was tied to emergency funding Robinhood took out to shore up the platform amid frenzy meme-stock trading. Still, revenues for the quarter were up 131% from the same quarter last year.

Still, the firm's second-quarter earnings showed a surge in cryptocurrency trading, with more than 40% of the firm's total revenues coming from such transactions, as The Block previously reported.

The firm said that over 60% of its funded accounts traded crypto during the quarter. During the three-month period, more customers made their first trade in the crypto market rather than stocks. Sixty-two percent of its cryptocurrency transaction revenue was derived from trading in Dogecoin, per the results.