Bitcoin is trading at its highest level in several months, shrugging off anxiety about crypto-specific language in the bipartisan $1 trillion infrastructure bill currently being debated in Washington.

The price of bitcoin was trading around $46,000 at the time of writing, up more than 30% over the last month. The last time the digital currency was trading at this level was in May. 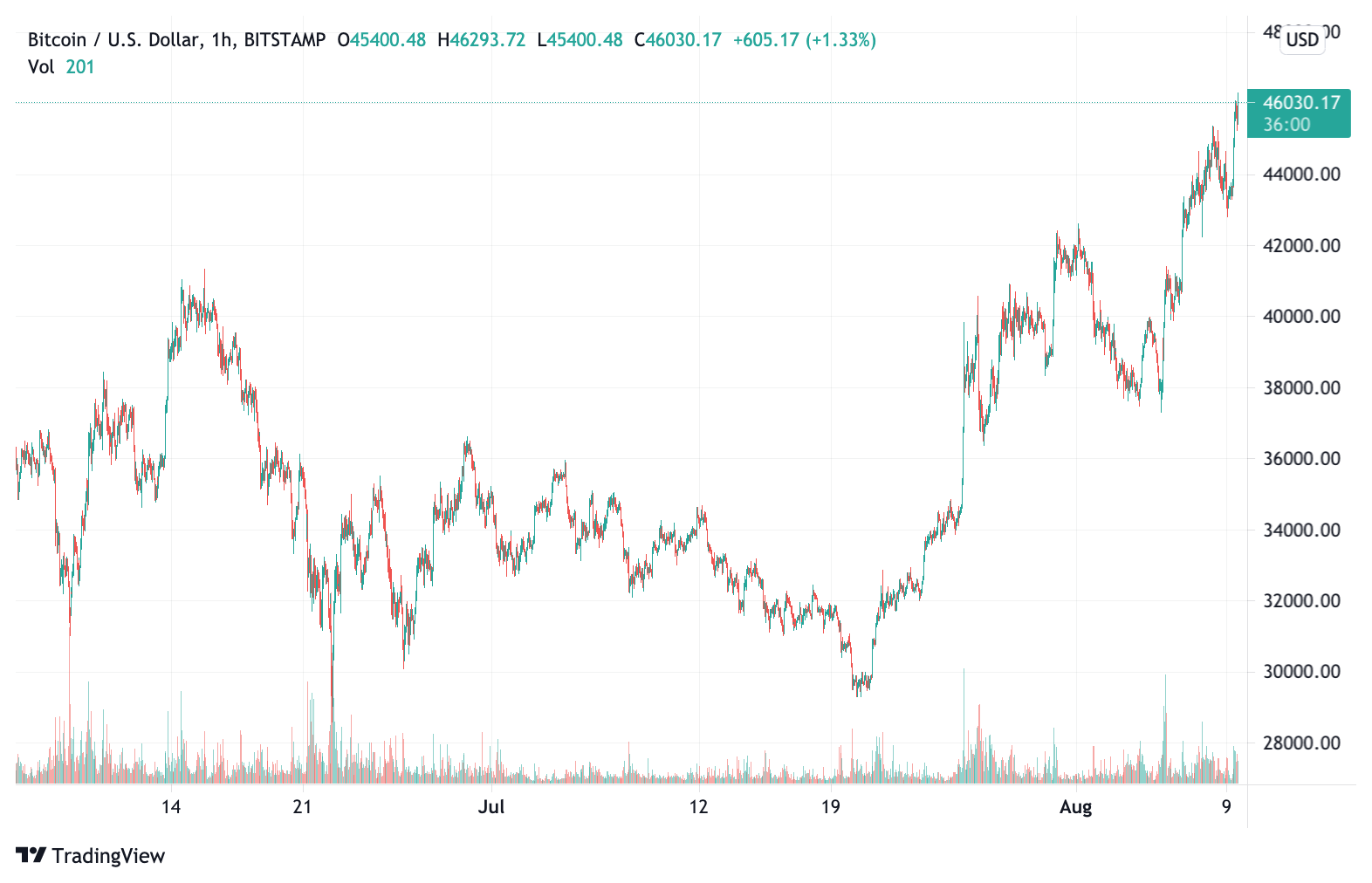 Currently — after much back and forth — language in one section of the so-called Infrastructure Investment and Jobs Act opens the door to the government compelling certain miners and other entities in the crypto space to report tax information as brokers.

In any case, traders are apparently not worried. Josh Lim, head of derivatives at Genesis Global trading, told The Block that demand was strong over the weekend, playing into this morning's bullish rally. He said traders are also not concerned about U.S. Securities and Exchange Commission chair Gary Gensler's recent speech, which implied that he would pursue crypto-specific regulations.

"Bitcoin is climbing a wall of worry as allocators look past the Gensler comments and the upcoming tax provisions in the infrastructure bill," Lim said. According to Lim, the buy-sell ratio for bitcoin and ether was 3 to 1.