Announcing the preorder on Monday, Marathon expects the 30,000 units to be shipped in Q1 and Q2 next year. The firm said the preorder is worth $120 million, which will add to Bitmain's 2022 revenue if they are fully delivered as per the schedule.

The deal is yet another sign of North American institutions increasing their investments into the multi-billion dollar bitcoin mining space at an industrial scale.

Marathon's latest preorder is in addition to the 100,000 Bitmain's S19 series machines that it already bought since last year that were estimated to be fully delivered by Q1 2022.

All told, by June next year, Marathon's expected hashing power would amount to 13.3 exahashes per second (EH/s), accounting for more than 10% of bitcoin's current total hash rate.

As The Block summarized in the new geography of the bitcoin mining industry following China's crackdown since May, Marathon has the largest scaling plan for the near future among publicly listed bitcoin mining firms.

Based on its progress update as of June 30, Marathon's operating mining fleet consisted of about 20,000 units of Bitmain's S19s with about 2.09 EH/s of computing power that were housed in its own facility in Hardin, Montana.

At bitcoin's current mining difficulty, that amount of hash rate is able to generate about 18 BTC in 24 hours theoretically, which are worth around $721,000.

It’s expecting another 12,000 miners by October, which will also be installed at the Hardin site. The remaining units on-order from Bitmain will be hosted in a 300 megawatts facility that bitcoin mining colocation provider Compute North is building in Texas. 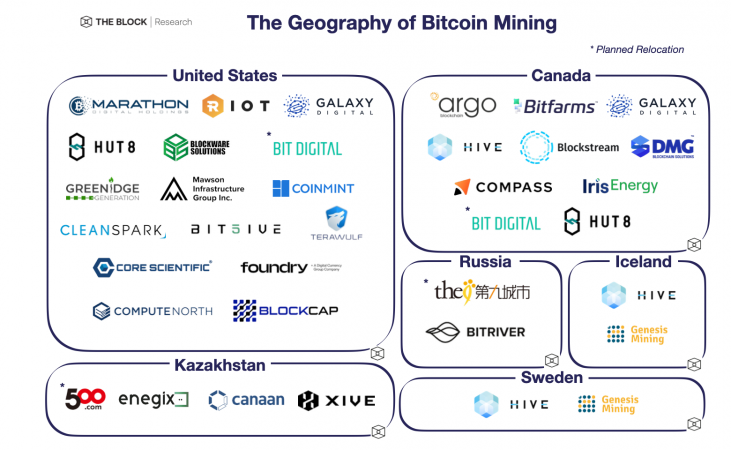