In a working paper published on July 1, researchers with the Bank for International Settlements looked at trends among crypto investors.

Rather than being an investment in the death of fiat, the researchers say that crypto investors are attracted to old-fashioned speculation, meaning that the area doesn't need new regulation:

"From a policy perspective, the overall takeaway of our analysis is that as the objectives of investors are the same as those for other asset classes, so should be the regulation. Cryptocurrencies are not sought as an alternative to fiat currencies or regulated finance, but instead are a niche digital speculation object."

The researchers also looked for patterns of overall digital asset investment based on race, gender and education level. Especially interesting is a chart they put out correlating ownership of specific crypto assets with education level. 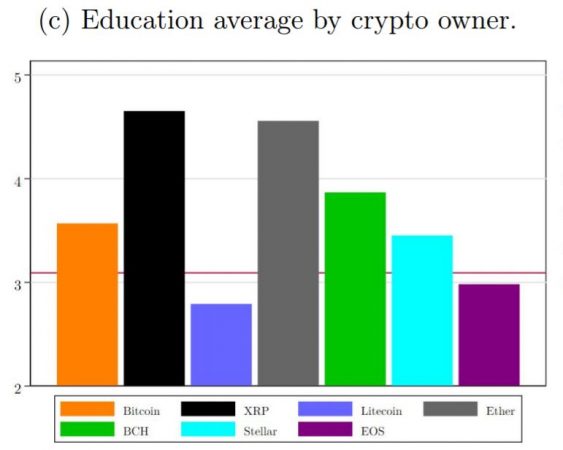 The authors of the paper are Raphael Auer and David Tercero-Lucas. Auer is the BIS's principal economist for innovation and the digital economy, in which capacity he has been involved in a great deal of the bank's research output on blockchain as well as central bank digital currencies.