Bitcoin price breaks above $40,000 again for first time in over two weeks

Bitcoin's price has risen above $40,000 again after a steady rebound from its recent low of nearly $30,000 last week.

As of the time of writing, bitcoin is trading hands at roughly $40,380, according to data from Coinbase, an increase of about 12.7 percent in the past twenty-four hours. Bitcoin's price hasn't traded above the $40,000 mark since May 27, as shown in the chart below. 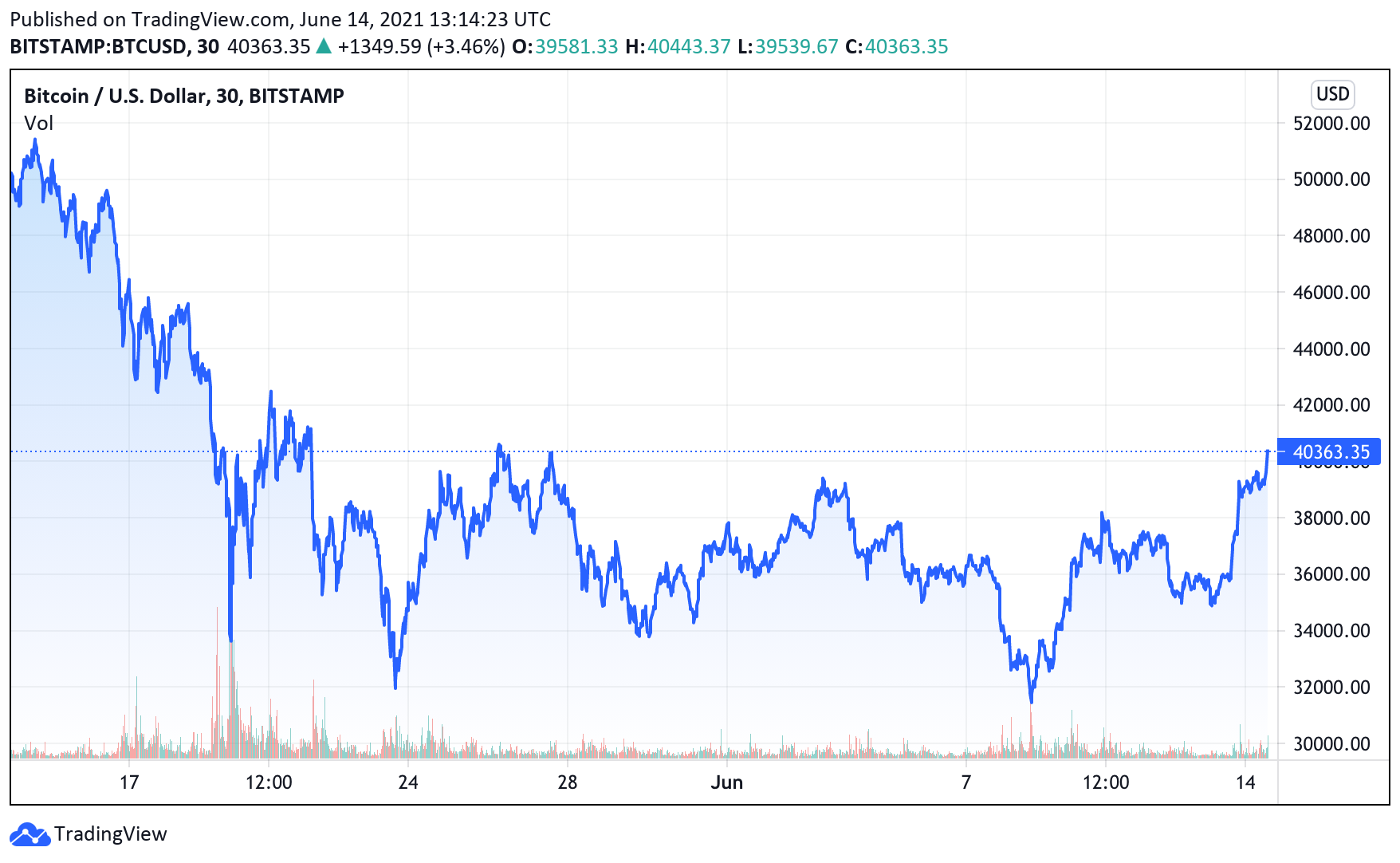 On Sunday, the mining difficulty of bitcoin — the measure by which how easy or hard it is to mine a new BTC block — fell by 5.3%. The difficulty appears to have fallen in the wake of miner shutdowns triggered by regulatory crackdowns in China, as reported by The Block.