Bitcoin's price retreat Wednesday morning retraced during the hours that followed in a move that two trading firms have chalked up to institutional buying activity.

The price of bitcoin climbed from its lows Wednesday morning at $30,000 to above $40,000 — a more than 30% appreciation within a few hours. Aya Kantorovich, head of institutional sales for FalconX, told The Block: "TradFi asset managers are buying on our end.

"We are no longer stressed!" Kantorovich added in a message. 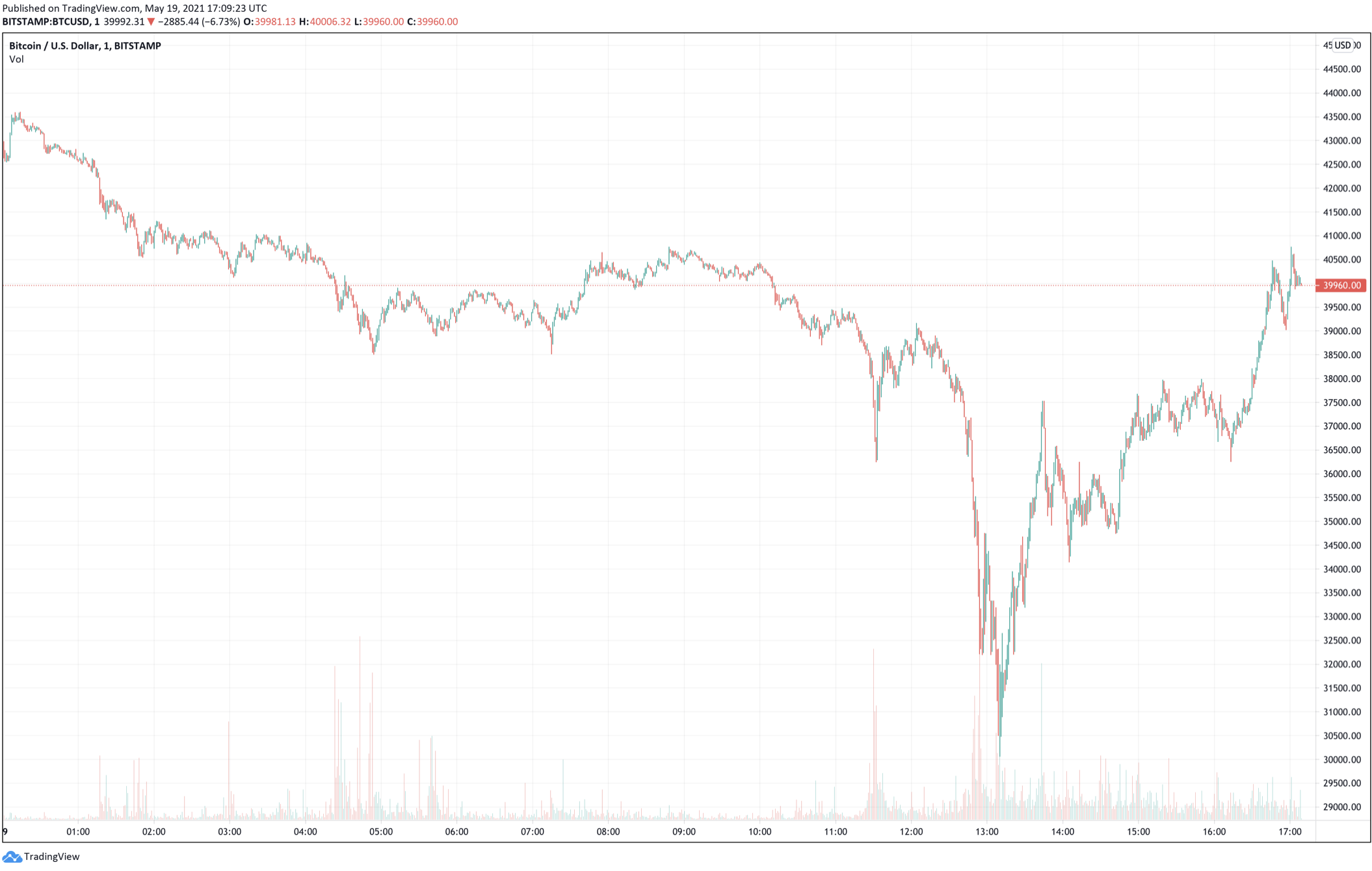 Ahead of the market ascent, Genesis Global Trading sent out a note to its counterparties, noting that macro funds began buying at the $35,000 level.

The firm said that the selling overnight and into the morning was largely driven by forced liquidations on derivatives venues. These cascading liquidations, which drove the price of bitcoin down, have been quickly bought in past instances.

"My money would be on Deribit short gamma guys forcing liquidations and making it even worse for themselves and dragging the whole market down," Evgeny Gaevoy, CEO of market-making firm Wintermute, said in a message.

Following publication, Deribit's Luuk Strijers said that the firm had not seen its large market makers get liquidated.

"The vol squeeze did however not cause the liquidations, they were a consequence. not just from the vol levels, but also the Gamma," Stijers said. "They would have been liquidated regardless."