FTC warns of ten-fold increase in crypto investment scams, with many aimed at young investors

On May 17, the Federal Trade Commission published a spotlight on crypto investment scams. 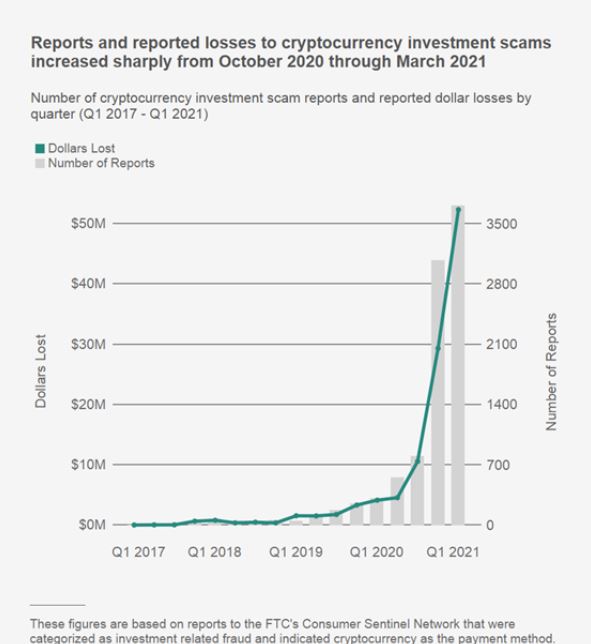 The report found that young investors were especially prone to becoming entangled in such investment scams, with consumers between 20 and 49 "over five times more likely" to lose money in them as compared to older groups.

Moreover, the FTC said that "consumers in their 20s and 30s lost more money to investment scams than any other form of fraud."

The rise in crypto investments scams corresponds to a period of rapidly increasing public interest in retail investment in general, and in cryptocurrency in particular. The six months covered in the FTC's report also saw a bull run in the crypto market unprecedented since 2017, which, alongside meme-driven trading on platforms like Robinhood has attracted droves of young investors.

The FTC also flagged that many of their reports were not about investment at all, instead entailing "giveaway" scams by imposters online.

Consumers reported sending $2 million to scammers masquerading as Elon Musk alone, not to mention a rise in online romances that devolve into requests for crypto transfers.