Elon Musk runs a poll on Twitter, asking whether Tesla should accept Dogecoin 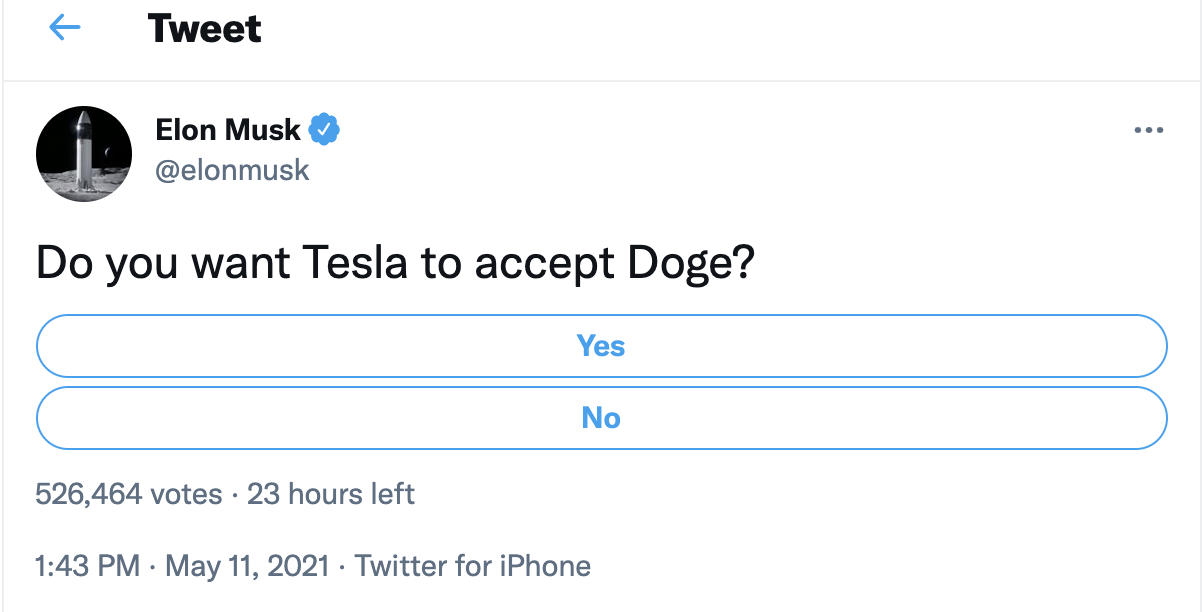 Dogecoin, a fork of litecoin, was originally created as a joke in 2013. Over the past year, dogecoin has risen in popularity and price. Its price has surged nearly 22,000% in the past year and it is now the fourth-largest cryptocurrency by market capitalization, according to CoinGecko.

One dogecoin is currently priced at around $0.53 and its market capitalization is about $68 billion, only behind bitcoin, ether, and Binance coin BNB, per CoinGecko.

Musk has been a fan of dogecoin over the last few years. In April 2019, Musk tweeted that DOGE "might be" his favorite cryptocurrency, adding that it's "pretty cool." Last year in March, the "Technoking of Tesla" said that "dogs rock" and that "they have the best coin." Last weekend, he even appeared on Saturday Night Live, calling himself the Dogefather.

Tesla already accepts bitcoin for its vehicles in the U.S. since March of this year. The company also has plans to expand this capability outside of the U.S. later this year.

Tesla also holds bitcoin on its balance sheet. The company disclosed in February of this year that it bought $1.5 billion worth of bitcoin. Last month, in its Q1 2021 earnings report, Tesla said it sold off $272 million of its bitcoin holdings, in order to prove liquidity.