Tiger Global and Coatue back Bitso in $250 million Series C

Crypto exchange Bitso has wrapped up a $250 million Series C fundraising round, joining the roster of newly minted crypto unicorns.

Investment legends Tiger Global and Coatue Management co-led the round, which finished just a few months after Bitso announced its Series B. Bitso joins a fast-growing list of new crypto unicorns—including Paxos, BlockFi, and Dapper Labs—that have raised eye-popping rounds this year. Its valuation stands at $2.2 billion.

Bitso CEO Daniel Vogel told The Block in an interview that the fundraise follows a period of significant growth for the firm. The exchange—which is among the largest crypto and financial technology firms in Latin America—doubled its user base in less than four months from 1 million to 2 million during 2021. Vogel said its recent expansion into Brazil could potentially double its users again.

Still, the firm is small relative to its players in the US. Last month, its volumes topped $860 million—a small fraction of the volumes reported by firms like Coinbase and Gemini 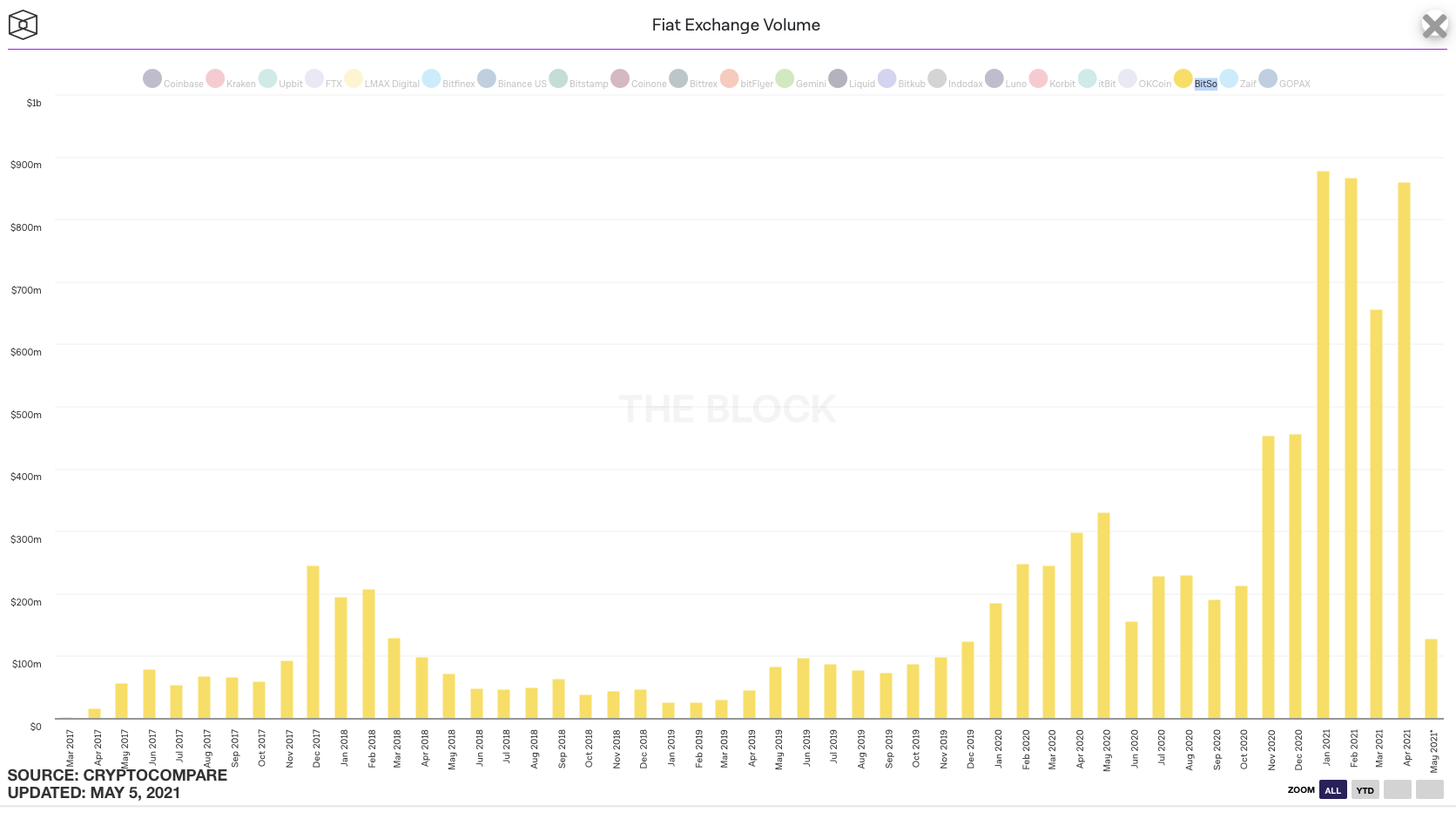 Still, the firm sees a future for itself outside of just trading. Vogel said the firm's core exchange business could set the foundation for a broader platform for financial services built for the LATAM region, which has less robust capital markets and financial infrastructure.

"We want to bring a set of products that is much broader than crypto," he said. "In Argentina, we have thousands of customers that work for companies all over the world and they get paid in stablecoins. We want to help users make crypto part of their ever day."

Paradigm, BOND, and Valor Capital also participated in the funding round.

"Latin America has always had a special appreciation for the power of cryptocurrency,” said Matt Huang, co-founder of Paradigm. “We are excited to back Bitso as the market-leading platform for furthering access to cryptocurrency and financial freedom in Latin America."