The so-called kimchi premium, a phenomenon in which the price of bitcoin is significantly higher on South Korean exchanges compared with elsewhere around the world, returned today after disappearing earlier this month.

Per TradingView data, Bitcoin on major Korean exchange Bithumb was trading between 4% and 8% higher than elsewhere as of publication time: 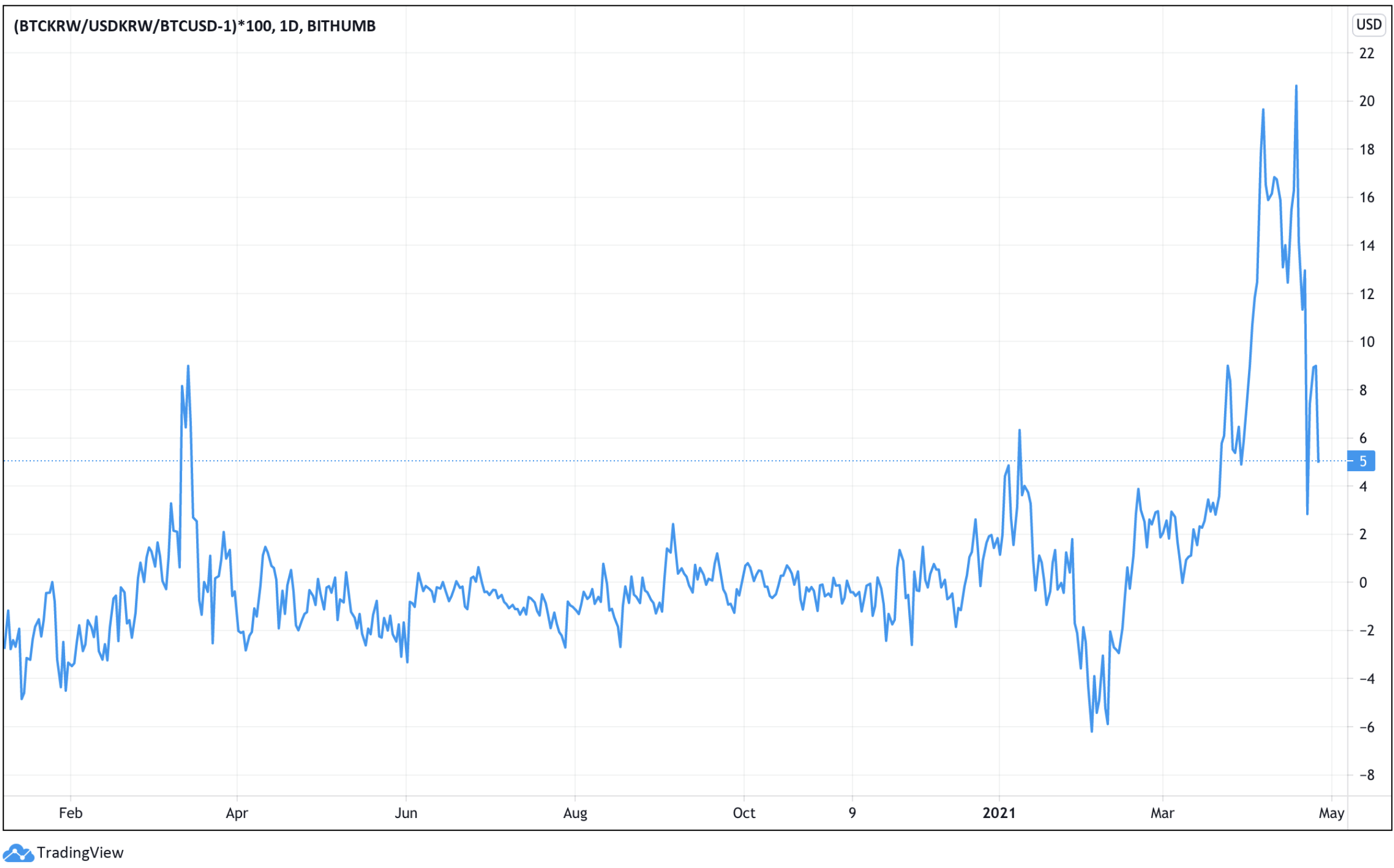 It's hard to say what exactly is behind the trend. But according to a local media report, South Korea's reigning Democratic Party is looking to delay any taxes on cryptocurrencies for at least a year.

Earlier in April, the premium, which had returned in March for the first time since January 2018, vanished again after South Korean authorities pledged aggressive action to clean up crypto markets. Meanwhile, according to another local report, Joo Ho-young, who leads opposition People Power, has called for more aggressive oversight and a task force on virtual currency.