Coinbase's first day on Nasdaq ends with an $85.7 billion valuation

Crypto exchange Coinbase has reached the end of its first day of public trading.

The firm's stock closed out Wednesday's trading session at a price of $328.28 following its direct listing on Nasdaq. Accounting for the fully diluted capitalization of 261.3 million shares of common stock, that pegs Coinbase's end-of-day valuation at approximately $85.7 billion. Based on the total number of shares outstanding, 199.2 million, Coinbase's valuation comes in at about $65.4 billion.

As shown in the chart below, the price of $COIN swiftly rose above the $400 level, hitting a session high of $429.54 after opening at $381 -- significantly above the $250 initial reference price announced Tuesday. 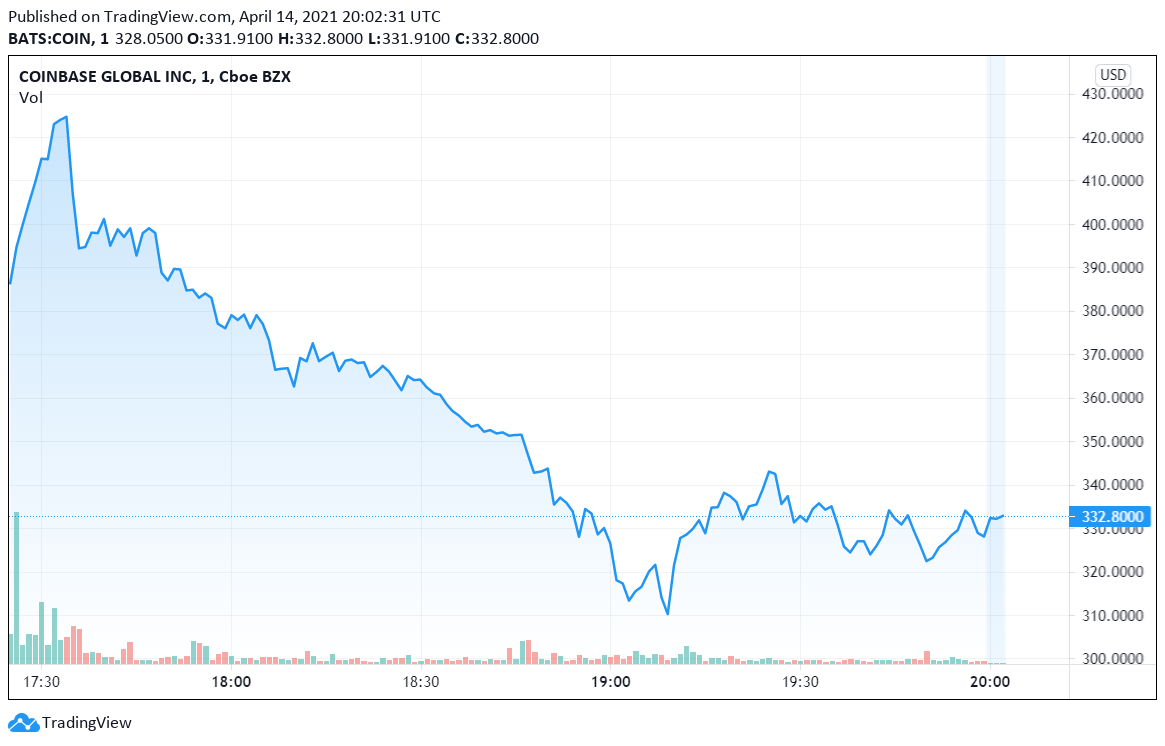 Notably, Coinbase's market close makes it the largest direct listing ever, eclipsing the performance of Palantir, Spotify and Roblox, as shown in the chart below. 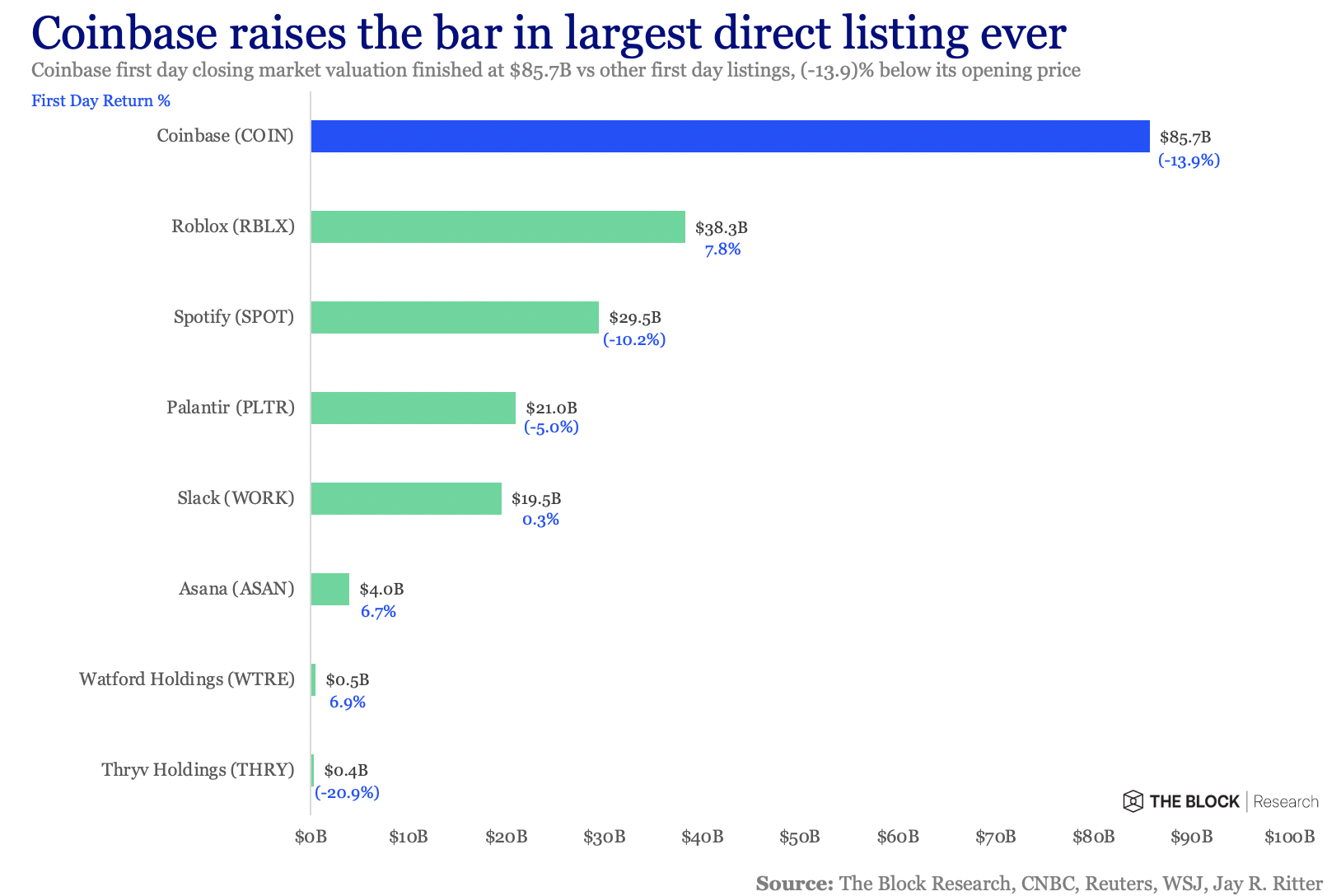