An indicative price for Coinbase shares has been set, The Block has learned.

According to a source familiar with the situation, the quotation window for Coinbase's market debut kicked off at 10:10 am EST with an indicative price of $340 a share—much higher than the $250 reference price announced on Tuesday. Reuters first reported the news.

Still, that figure is considerably lower than the nearly $600 price point that COIN was trading at pre-public debut on FTX. Contracts trading on the Asia-based venue fell to $463 at the time of writing. 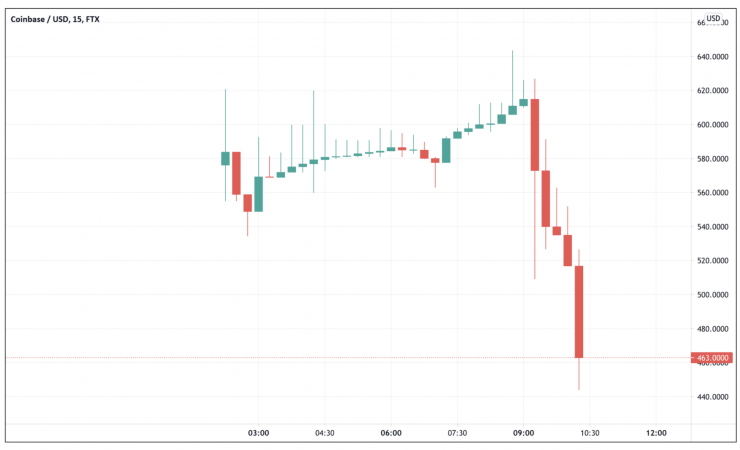 At $340 a share, Coinbase would have a valuation of approximately $88.84 billion, based on the fully diluted capitalization of 261.3 million shares of common stock disclosed to the SEC earlier this week.

As previously reported by The Block, Coinbase will make its public market debut in the early afternoon. A source said that it would be a couple of hours until the official first trade after the opening bell.

Correction: This report has been updated to reflect that Reuters, not Bloomberg, initially reported the indicated price of $COIN.